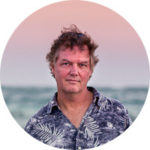 Our Lead Scientist, Marine and Coastal Conservation Programme, Dr Bob Sluka writes about his experience of waiting out hurricane Irma in September 2017.

Our family has been living abroad for the past 21 years and relocated to Florida – the week before Hurricane Irma hit. In a way, bad timing. However, it was good to go through this experience living with family. It also wasn’t our first experience with a hurricane – Bob and Cindy both went through Andrew [in 1992] during their time at University of Miami. There was much more information this time – and thus a lot more waiting.

We watched from day to day as minuscule changes in the hurricane path or intensity were reported. Interestingly, from a scientific communication point of view, the Tampa Bay area TV stations were reporting the projected hurricane track from about 10 models – they called it the spaghetti track. While the focus was on the main European and US models, they kept emphasizing the difference in the models and how weather was very difficult to predict so far out. Yet they did and we waited. 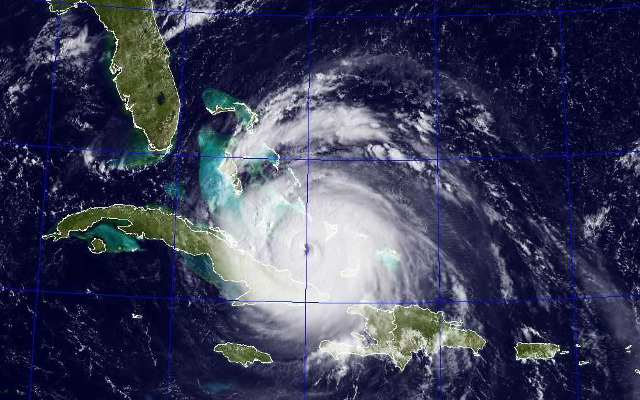 On the Thursday before it hit, we decided to celebrate my daughter’s 14th birthday, traveling a few hours north to tube down Rainbow River. The state of Florida is blessed with amazingly clear springs of fresh water that filter through the limestone and are a refuge to manatees in winter. Turns out the tubing was closed, so we swam in the spring and watched for alligators as the signs had suggested. I had also forgotten that there are bears in Florida – but the signs along the road reminded us of that as we drove through bear habitats. I was glad that we had filled our vehicle with petrol in the days previous as almost every petrol station was empty of fuel – the exceptions being the few with queues of 20–30 cars waiting to fill up. 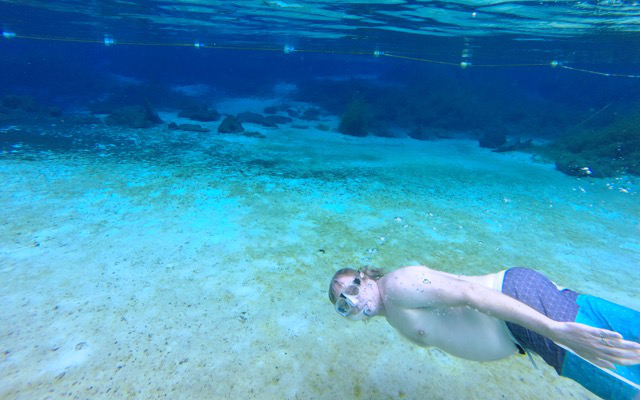 We arrived home to watch the spaghetti plots and wait. Thankfully we decided not to wait in the long queues of vehicles trying to get out of the state. The home we were staying in had relatively high elevation (14 ft / 4.2 m) and was about a mile inland, so we felt safe enough to not leave. We began to prepare in earnest, taking in anything that might blow away. I was tasked with the bird feeders in the back garden, one of which was close to a swampy wood. Checking for alligators before setting up the ladder, the feeder was removed from the edge of the wood. We half-heartedly searched for water at the local stores – all of it gone days before. At home we located anything that would hold water and filled these. All important documents were put into waterproof bags with photos taken and uploaded just in case. The garage cleaned of all our suitcases and trunks full of ocean science kit so that the cars could be put inside. Then more TV and dissection of the hurricane path.

Information was now coming in from the Caribbean showing the devastation. The Florida Keys were being evacuated and then the paths began to shift to the west coast of Florida – with the eye passing nearly over the home we were staying in! By this time it was too late to leave, but we also had peace and felt secure in our 14 ft of elevation. The main issue to the kids was whether we had the right snacks – Jeno’s pizza rolls, for those in the know.

Now we waited. Saturday the sun was out and we swam in the community swimming pool – along with all the deck lounges and chairs. Made for hazardous laps, but the water was cool and the hot tub warm. The kids decided we needed popcorn and disaster movies that night. Stores had all closed around noon – all that was left was to wait. Thankfully I had the foresight to check out a lot of interesting books from the library. We walked around the neighbourhood that night as the wind began to pick up, the distant edges of the hurricane arriving. Several conversations were had with neighbours staying, all weighing up our chances. We eyed the solar panels on our roof and thought that they looked secure enough – surprisingly few houses have them here in the Sunshine State. 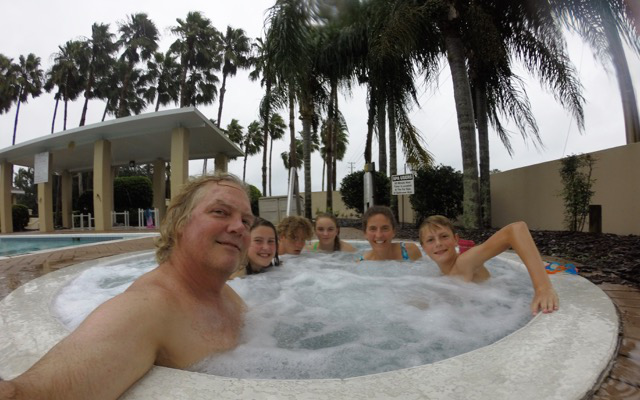 Sunday morning came, most churches cancelling their services. We made last minute preparations, but mostly waited. Projections for our area were that the hurricane would probably hit fairly far south of us, meaning that it would likely slow down and be less damage that had originally projected – at least for us. The rain began and I hurriedly finished a report on the marine programme for our A Rocha team meetings to be held the next week, just in case the power didn’t return for some time. These and other last minute work responsibilities that were “critical” finished and emailed.

The wind and rain began in earnest later than afternoon. Only one thing left to do for this aquatic family – head to the pool and hot tub! We donned our swim costumes (swimsuits for Americans) and walked the few hundred metres to the community pool. Rain poured down as we swam amidst the lounge chairs protected from the wind in the pool. The palm trees surrounding the pool blew in earnest and we sheltered in the warmth of the hot tub. Not wanting to take too much of a chance, and noticing the power lines right behind us, we headed back to the house for a last meal with power (pizza, of course). Another disaster movie was in order; this one was so bad that we were actually thankful that the power went out in the middle of it.

With candles and torches, we all assembled on the screened-in back porch. Probably not the best place to be in the wind, but it had a solid roof and was fairly close to the woods. So we were able to hear the wind and rain and trees moving/breaking. Our oldest son brought out his guitar and led us in song. I mostly listened to his playing and the others singing. Eventually sleep became the order of the night, with the obligatory reading of Harry Potter before bed.

We set our alarms for 2 am as that is when the eye was supposed to be closest. We awoke to strong winds, but tiredness sent us quickly back to bed. We awoke again with the morning light to a neighbourhood spared the worst of the storm. It looked like we would have a lot of cleaning to do of small branches and palm fronds, but no major damage. The solar panels made it. Having worked for weeks to clean up after Hurricane Andrew we were thankful, but also realized that others down south were not so well off. We spent the day cleaning and helping other neighbours to do the same. Eventually, yes, back to the pool. This time to take the furniture out and begin cleaning out all the leaves from the pool. Millions were without power, ours returned fairly quickly. 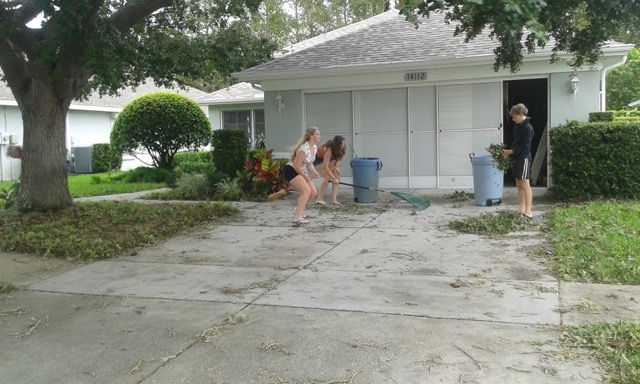 Preparations were important – it could have been, and was for many, much worse. As I write this I am listening to Foggy Road by Burning Spear. It seems appropriate both for the time of waiting for the hurricane and also for the road ahead of us as we start anew in Florida. We are thankful to have friends, family and our Maker who love us.

Satellite image by NASA. Other photos by Bob Sluka.

Bob has been working in the field of marine conservation for twenty years. His focus has been on marine protected areas and the ecology of coral reef fish, as well as coral reef fisheries. After beginning with graduate work in Florida and the Caribbean, Bob spent ten years in South Asia, primarily India and the Maldive Islands. He was introduced to A Rocha on moving to the UK in 2006, and began volunteering with juniper restoration in the Chiltern Hills and marine research in Wales. In 2010 he helped to start marine conservation work at Mwamba, A Rocha Kenya’s Field Study Centre. He currently lives in Florida, USA.

View all posts by Robert Sluka (4)

4 responses to “Waiting for Hurricane Irma”