Miranda and I recently visited our son and his family on the island of St Helena. It lies in the middle of the South Atlantic and so the only way to get there is to sail for six days from Cape Town. It was a massive privilege to undertake such an adventure.

Of course, it was also wonderful to meet our newly arrived grandson and play with his older brother, but for the purposes of this conservation blog, I want to concentrate on this beautiful island which holds a good number of extraordinary species. For this particular birder, it was a joy to watch one of the world’s rarest waders, the St Helena Plover or Wirebird Charadrius sanctaehelenae, holding steady at just over 500 individuals. 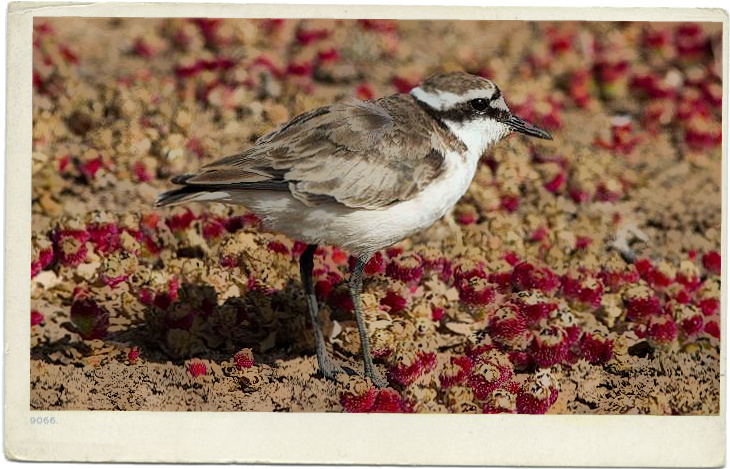 However, St Helena is a sobering place to ecological eyes, because it serves as a metaphor for much that is now happening so fast to habitats and species around the world. In the early 17th century the Portuguese landed goats and in just a hundred years they had reduced huge areas of its lush landscape to bare rock. For millennia St Helena had been home to hundreds of unique species, but most are now gone.

In the centuries that have followed that catastrophe, we have gone on to make the world itself an island where the goats of hyper-individualism, corporate greed and short-term political ambition are roaming more or less unchecked. No gully is safe from their ravenous descent and no heights are beyond their reach. Over it all the spectre of climate change brings everything together into one apparently insoluble and slowly unfolding disaster – first for the biosphere, then for the poor, but very soon for us all, however financially wealthy or protected. The Christian gospel has commonly been co-opted by the worldwide pursuit of personal economic prosperity, and so the bright and shining biblical vision of shalom is quenched. It isn’t hard to see how even in its subtle western form of psychological or spiritual fulfillment, this diminished gospel can easily draw our attention from the harder calling to know Christ as Lord of all things.

So where could my grandsons’ hope for a renewed earth lie? On St Helena their father is involved in a series of imaginative and ambitious projects with the National Trust and there is real hope for what remains. But across the world – can we realistically expect any renewal? If there is any hope, it surely lies in Christians recovering the true gospel that inspires us to live faithfully with creation and within our local communities. It could be seen in good work that creatively re-shapes business and finance to serve their proper ends. Historically, those were understood by Christian business owners, not simply as the creation of personal wealth, indifferent to social and environmental costs, but as a force for a better world. Our hope could lie in Christians honouring the practice of the applied biological sciences that can help us understand places before we change them. That expertise could teach us how to grow food and fish the seas, and even to find our energy, in ways that can endure.

2 responses to “Postcard from St Helena”