Postcard from Cyprus: Light and shadow 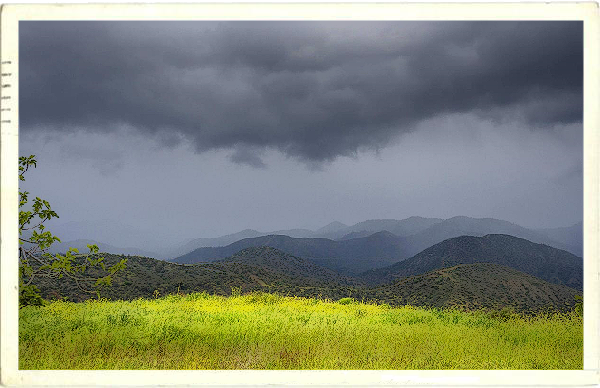 This April there were unseasonable storms in Cyprus. Travelling around to see if there was any potential for an A Rocha project, I was struck by the contrast between the resulting shadow and the sunlight. That combination of light and dark seems to typify the island.

The sunlight and shadow pattern can be seen in the history of Cyprus. Rising out of the Mediterranean, accessible from Africa, Asia and Europe, Cyprus has always had visitors. Some of those, coming for trade, tourism or refuge have been beneficial and contributed to the island’s rich and diverse culture. The ‘shadow side’ is that other visitors have been less welcome: there have been uncountable raids and invasions. Almost everybody from Phoenicians to the Venetians, the Byzantines to the British, have wanted their bit of the island. Indeed the British are still there, both as residents of the military Sovereign Base Areas and as some 65,000 expatriates.

In politics and culture too you find the sunlight and shadow motif. As millions of tourists have found out, Cypriots are welcoming and outgoing and prepared to tolerate the foibles of the foreigner. Britons find it especially attractive: a place in the sun where English is spoken and cars drive on the left! The shadow that falls here is the 40-year-old division of the island into the internationally recognised Greek-speaking Republic of Cyprus and the universally isolated Turkish Republic of North Cyprus. Between the two is a substantial UN controlled buffer zone. You don’t have to be long in Cyprus before you realise this division is not simply a matter of history but a still-felt hurt. And listening to the fighter-bombers taking off from RAF Akrotiri to head eastward to Syria you are reminded that the shadow of a new conflict edges towards the island.

In environmental matters there is also light and shadow. There is light in the tremendous faunal and floral richness, supplemented in spring and autumn by millions of migrating birds which use the island as an invaluable stopover. There’s light too in some of the brilliant projects that exist: the state-of-the-art Akrotiri environmental centre, the excellent work of Birdlife Cyprus and many other first-class environmental conservation projects. The shadow side here is the tremendous toll that human beings have taken on wildlife, through hunting and trapping, deforestation and a seemingly uncontrolled urbanization. In fact it’s specifically bird trapping that’s had A Rocha invited in on this scoping mission. Although illegal, ambelopoulia – cooked songbirds – is sufficiently profitable for criminal elements to put up vast numbers of mist nets and limed sticks to trap the migrating birds. The non-edible ‘bycatch’, which may include hoopoes, owls and falcons, have their necks wrung and are thrown away as rubbish. It’s a difficult trade to stop not least, because – rather embarrassingly – the worst of it occurs in the British controlled Sovereign Base Areas.

Light and shadow are everywhere in Cyprus. One of the key strengths of A Rocha, which comes from our biblical basis, is a view of the world which is both optimistic and realistic. We rejoice in all that is good, seeing in it the handiwork of a God who is good. Equally, recognizing that we live in a fallen world we are saddened but unsurprised by the darkness of evil. Yet we are living a hope summarized by words at the very start of John’s gospel ‘The light shines in the darkness, and the darkness has not overcome it.’ We know that, through Christ, good will ultimately triumph and the light will destroy darkness. If any Cyprus project does emerge for us then this optimism and realism will surely stand us in good stead.

Chris has a BSc and PhD in geology and has worked as a consultant geologist for oil companies and as a university and college lecturer. He has however always been very much involved in environmental issues. He spent a total of eight years in Lebanon (1980–84, 1994–96) and during the second period was in part responsible for founding A Rocha Lebanon. He and his wife Alison now live in southern France midway between the two A Rocha France centres. Chris is on the Board of Trustees of A Rocha France and takes part in teaching weeks at Courmettes and in leading a popular natural history tour of the estate. In such spare time as he has, he likes to write both fiction and popular theology and has written a number of books with J. John, most recently Jesus Christ: The Truth.

View all posts by Chris Walley (2)