Do you remember the early weeks of lockdown, the ‘great pause’ when there was no road traffic and very little human noise? Taking a walk along a usually busy road. I felt like I was walking back in time to the days before motorized vehicles.

What everyone remarked on at that time was the birdsong. There was so much more of it and so much louder. People discussed why it should be. Were the birds actually singing more loudly? Or were more of them moving into our gardens now that the humans weren’t around? Or was it just that we were hearing them better without all the human noise? Recently I read that research has shown that, yes, we were hearing them better, but the birds were actually singing more softly. To make themselves heard, to other birds, they didn’t need to sing so loudly. But the absence of traffic noise also enabled us to hear them better.

Among all the difficulties and isolation of lockdown, many people reported feeling closer to the natural world. Even people without gardens and countryside went to the park for their daily exercise and took delight in green spaces and birdsong. People found that nature is consoling and healing. We know that instinctively, but lockdown gave a lot of people a fresh awareness of it. We need the other creatures who share our world – not just for utilitarian reasons but because in some very deep sense we belong with them. We cannot be ourselves without them.

We could have learned that from Genesis. When God created Adam from the soil of the earth, the first thing he did next was to plant an orchard for Adam to live in. Not a garden in our sense, but a woodland with plenty of fruit trees from which Adam could eat. Genesis says: “every tree that is pleasant to the sight and good for food.” The trees were for feeding us, but they were also meant to delight us with their beauty. God meant humans to live with trees. And we now know that life on this planet couldn’t survive without trees that soak up carbon dioxide and provide environments for any number of species. Trees are our best friends. But for centuries we’ve been cutting them down, clearing the forests to make way for cultivation. We’ve become so good at destruction we are deforesting the planet on an epic scale. Only very late in the day have we woken up to our existential need for trees and started some reforesting. But it cannot compete with the daily destruction of the rainforests or the wildfires that rage on unprecedented scales through the forests of Australia and California and, believe it or not, Siberia.

Then God created the animals. This story has two sides to it. From one point of view, the message is that the animals could not provide the partner Adam needed, a partner of his own species. Adam needed an Eve. Or Eve needed an Adam: it’s not a story that privileges the male. You could tell it the other way round if you wanted: God first created Eve and it turns out she needs an Adam. Either way: humans need other humans.

But the other side of the story is this: Adam gives names to all the animals. Some of the commentaries will tell you this is an assertion of Adam’s authority or mastery over the animals. But there’s no evidence for that. When scientists discover an unknown species and give it a Latin name, they’re not asserting mastery over it. They are recognizing it, acknowledging it by giving it a place on our human map of the world. When parents name a child they’re not asserting authority over it. They are recognizing it as a person who needs a name to be known by in the human world. So Adam, the first taxonomist, recognizes all the other species that have a place in his world. 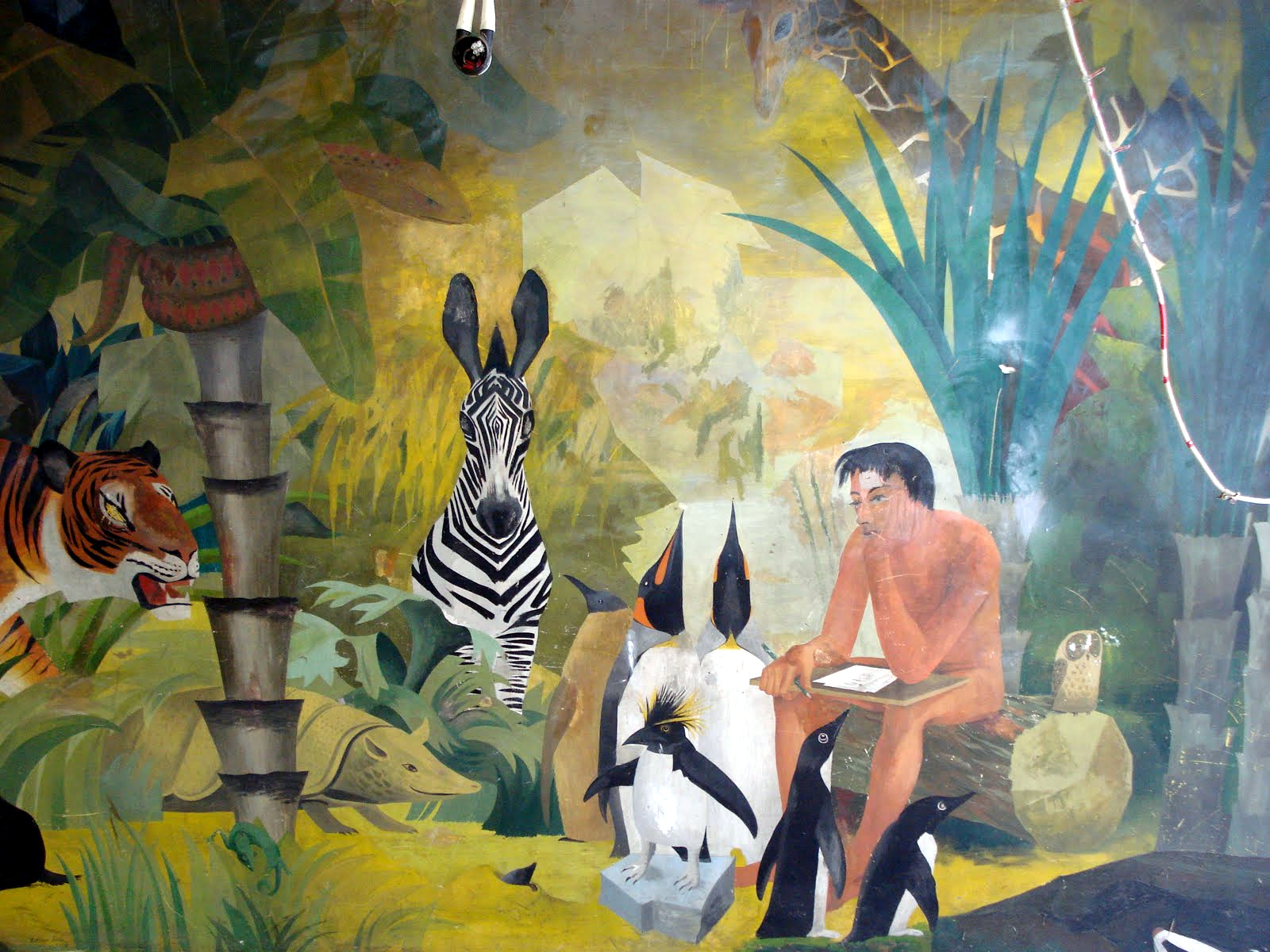 I like the picture (by Barbara Jones) because Adam isn’t dominating the animals. He’s looking and thinking. We shouldn’t imagine Adam’s naming of the animals as a quick and arbitrary process. To name an animal, Adam needs to ponder it, get to know it, think of a name that will suit it. He’s getting to know his neighbours and friends, all the creatures God has made to live with him in this beautiful and life-sustaining woodland. And naming them is surely giving them a permanent place in the world he knows. He’s certainly not expecting them to go extinct any time soon. When he names the first pair of northern white rhinos, he would surely be appalled to know that many of us will have recently seen on our television screens the last two northern white rhinos, mother and daughter.

If, during lockdown, we have delighted in a renewed sense of our connectedness with the natural world, we need also to know that that natural world is disappearing at an alarming rate. Worldwide, as we all know now, the rate of extinction of species, plants and animals, is staggering. There is a natural rate of extinction that happens without human intervention, slowly enough for new species to evolve. But the rate of extinction is now at least 100 times that rate and still speeding up. There’s a handy acronym some conservationists use to sum up the most destructive human activities that are responsible for mass extinction. Here it is:

H for habitat destruction, including the effects of climate change
I for invasive species
P for pollution
P for population expansion
O for overconsumption, including over-fishing.[*]

Those are the five ways in which we humans are destroying God’s creation, and the worst of them is destruction of habitat. One million species out of eight million are now threatened.

We can blame other people of course. We can blame the newly affluent middle classes of Asia who fuel the expansion of the illegal international trafficking of wild animals like the lovely pangolin. How could anyone not want pangolins to survive?  We can blame people who find clearing the rainforests a quick and easy way to make money. We can blame a lot of other people – and they deserve blame. But this is a system we are all part of. How can we stop contributing to it?

[*] I wish to make it absolutely clear that hippos are not responsible in any way for any of these effects. 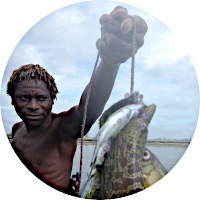 Why ‘Seaspiracy’ won’t save the ocean and what might 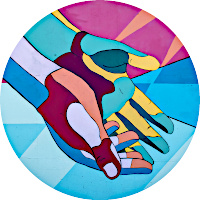 Professor Richard Bauckham is a biblical scholar and theologian, whose academic work has ranged over many areas, particularly New Testament theology and, more recently, biblical approaches to environmental issues. His books include Bible and Ecology (2010) and Living with Other Creatures (2011). Until 2007 he was Professor of New Testament Studies at the University of St Andrews, Scotland, and retired early (to Cambridge) in order to concentrate on research and writing.

View all posts by Richard Bauckham (1)

One response to “Lockdown, Genesis & our need for nature”