Is ecology a luxury in a time of crisis?

A friend was recently on holiday in France and found a local Catholic newspaper with the headline, ‘Is ecology a luxury in this time of crisis?’ At first sight the answer seems obvious. Surely basic human needs for food, warmth and security must precede choices over organic vegetables and solar panels? 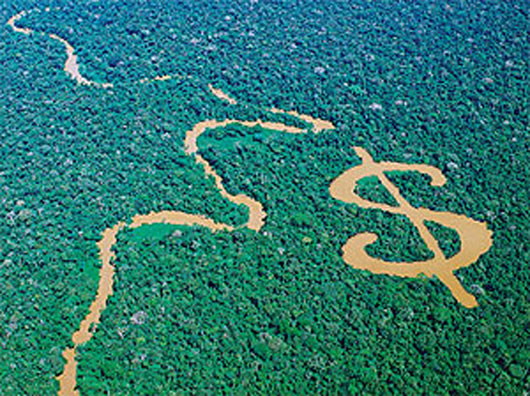 However, as I reflected, I realised the question itself may reveal a disconcertingly distorted worldview … one not limited to French Catholics but common throughout the ‘developed’ world. At its heart is the assumption that ‘the environment’ is something separate from us as human persons, something we have a choice about whether or not we get involved in. It is, many philosophers believe, this separation that has allowed the success of our species. By seeing minerals, plants, atmospheric gases, soils, oceans and fellow animals simply as ‘resources’ for us to exploit for our own ends we have enabled ourselves to control ‘our’ environment.

Yet what we’ve been doing is a bit like building an enormous tree-house by using branches and roots cut from the tree we’re sitting in. Sooner or later we’ll go too far and it will all come crashing down. Ecology is not a luxury. It is the science of relationships that connect every human being and every part of the biosphere we inhabit and depend upon.

If we take a step back and analyse the causes of our current global ‘time of crisis’, they are not temporary glitches in a successful economic machine, but systemic failures to recognise the limits within which we need to live. An economic system which sees the environment as an externality, refuses to acknowledge the finitude of resources, and sees growth as the Holy Grail, is a terminally sick system. Our failure to think ecologically is actually the largest cause of our current crisis, and its solution can only be found as we learn again to ‘look at the birds’ and ‘look at the flowers’ to find our dependence and connectedness.

Ironically, it is the comfortable, not the poor, who are most insulated from this reality. Living in artificial air-conditioned, centrally-heated bubbles, we easily motor from one place to another without connecting and eat food without relating to the places and people that produce it. We may be ‘developed’ in an economic and industrial sense, but at what cost? The world’s poor can teach us about ecology. They know their dependence on rain, sun, good soil, and stable climate, and therefore they often, though not always, show more respect for the land, creatures, and communities that nurture them.

Coming full circle (a good ecological concept) as I reflect again, I can see the point the French newspaper was making. ‘Ecology’, as a rich person’s hobby, is not going to save the planet. Overpriced eco-bling and chic designer green lifestyles are not what we need. They are simply cosmetic surgery on a dying body. We need an ecological renaissance. For me, that begins with learning to live within the truth that, ‘The earth is the Lord’s, and everything in it’.

9 responses to “Is ecology a luxury in a time of crisis?”