Finding words for the end of the world

I remember being 13, and watching David Attenborough walking through a jungle, talking about its beauty and vulnerability, and I remember thinking that I was so glad that people like him were in charge, because he would save the rainforests. It feels as if we have been saving the rainforests for my whole life.

And I remember being 9, and listening to my climate scientist Granddad talk about the urgent problems facing humanity. ‘Whole countries will be underwater in 50 years if we don’t do something now!’ he would say. And I remember thinking that I was so glad that people like him were in charge, because he would save the planet. It feels as if we have been saving the planet for my whole life.

Now I am an adult, and I watch the Amazon rainforest burn, and watch the indigenous peoples of Brazil repeatedly ask for intervention, knowing, as I now do, that those in charge have tied their interests to the continued exploitation of the earth, not its healing. I feel the impotent rage and grief sitting on my chest. I hear the tip toe responses of our comfortable churches, anxious not to use inflammatory, aggressive language. And I wonder whether it is too late to save anything. 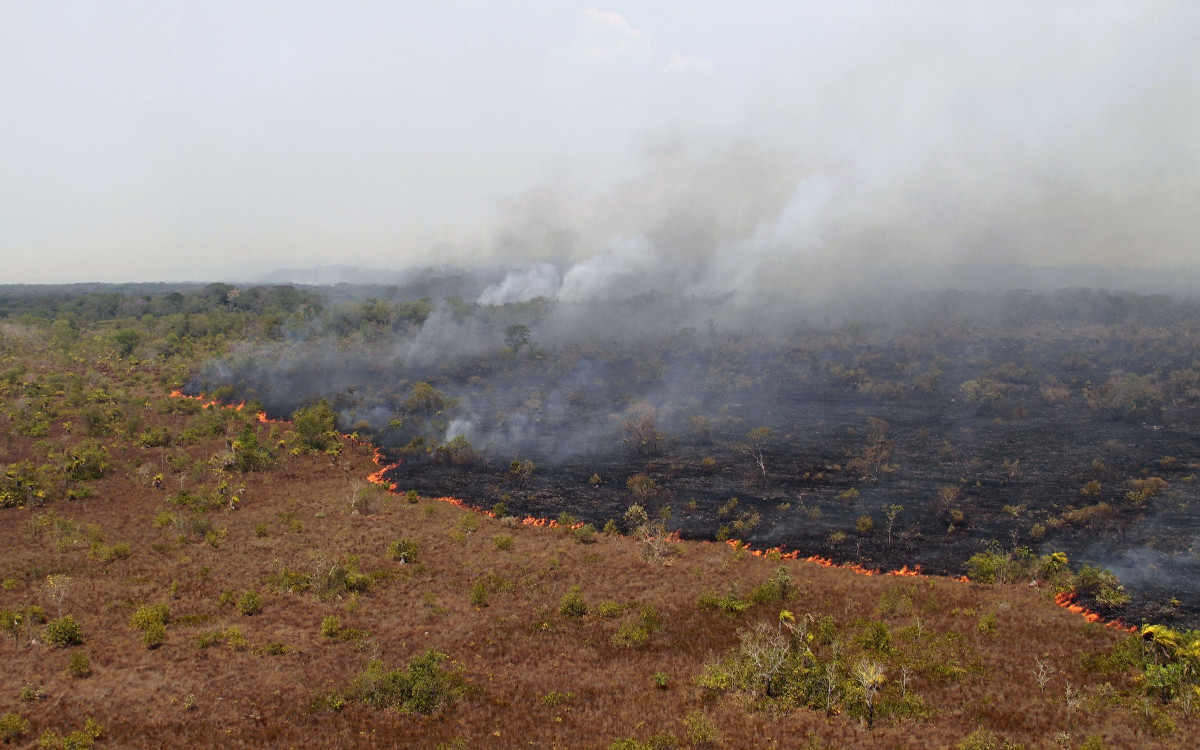 Are we frightened of being angry? Are we frightened of what God might demand of us, what power we might be forced to abdicate, if we articulate our fear and talk about apocalypse? We live in an age characterized by violence and greed, caught in a race to extract the last gasps of wealth from a dying world, whether we name it or not. We have dressed the wound of our people as though it were not serious. Peace, peace, we say, when there is no peace.

The Bible’s apocalyptic literature has taught me that we cannot propose a hopeful future without first grieving our doomed present: the voices of God’s prophets are most clearly heard amongst those living with the consequences of our violent age, speaking against the status quo, not inside it. This is because its fundamental purpose is revelation, unveiling sin and calling powers and principalities to repentance. The (often troublingly violent) language used by the prophets reflects their direct experience: the interconnected nature of the world they (and we) inhabit. Part of the power of prophetic apocalyptic language is that its recipients can recognize what it describes as the way things are.

Rooted in lived experience, apocalyptic prophets also offer us the language we need to tell the truth about the broken community of creation: expressing grief and also hope, almost in spite of material reality. Prophetic visions of peaceful futures often hinge on divine intervention; an acknowledgement that it is not reasonable to hope. While violent language, and language of grief about that violence, are reasonable, appropriate, and realistic responses to the state of the world (and thus should be exercised prophetically in the face of denial), visions of peace did not likely look reasonable, appropriate, or realistic to the people of Israel, and they certainly don’t look that way in our current state of climate breakdown and mass extinction. And yet it is the prophetic task to declare future peace alongside present violence. It is this duality that needs to frame our language if we are to express both the material truth of the danger we are in and the theological truth of the hope that forms the basis of our faith.

Anger and grief in the prophetic apocalyptic tradition – particularly the language of God to God’s people – is able to live alongside expressions of hope because it implies an awareness of an alternative way of living. Anger and grief are not just accurate expressions of reality but tools for change, reminding the hearer that this violence is a choice, or what we might call sin. As far as the community of creation is concerned, it doesn’t have to be this way. It is possible to turn back. Language of violence and peace – and their emotional parallels grief and hope – pursue the same end. Both insist on greater urgency by revealing the truth that God’s order for creation is sovereign. They reveal the consequences of transgressing this order, and reveal God’s intention for healing.

The words of the prophets – living and dead – can help us learn to talk about our apocalyptic fears. They teach us to be honest about the realities of sin, greed, and grief. They call for radical, upside-down changes, not small adjustments to existing systems. And they teach us how to be absurdly hopeful, painting visions of peaceful futures when that seems impossible.

Time for our churches to try some apocalyptic honesty.

Hannah Malcolm coordinates the ‘God and the Big Bang’ project, focusing on faith and science in UK schools. She won the 2019 Church Times Theology Slam and is about to begin ordination training and a PhD on the Theology of climate grief.

View all posts by Hannah Malcolm (1)

2 responses to “Finding words for the end of the world”