I was woken by a bright flash and a deafening bang, despite my earplugs and eye-mask. Was it a bomb? No, this was Typhoon Mangkhut (locally called Ompong), the biggest storm recorded in the world so far this year . It passed well north of Manila, but a storm 500 miles wide has a huge impact. The crash was probably lightning hitting electricity infrastructure, as it was followed by a power-cut. In the morning there were branches and fallen trees scattered chaotically and flooding in the lowest-lying areas, but Metro Manila was comparatively unscathed. Filipinos are used to typhoons: they have 20+ a year, and joke that the alphabetical naming system for such storms is redundant now that they have so many. 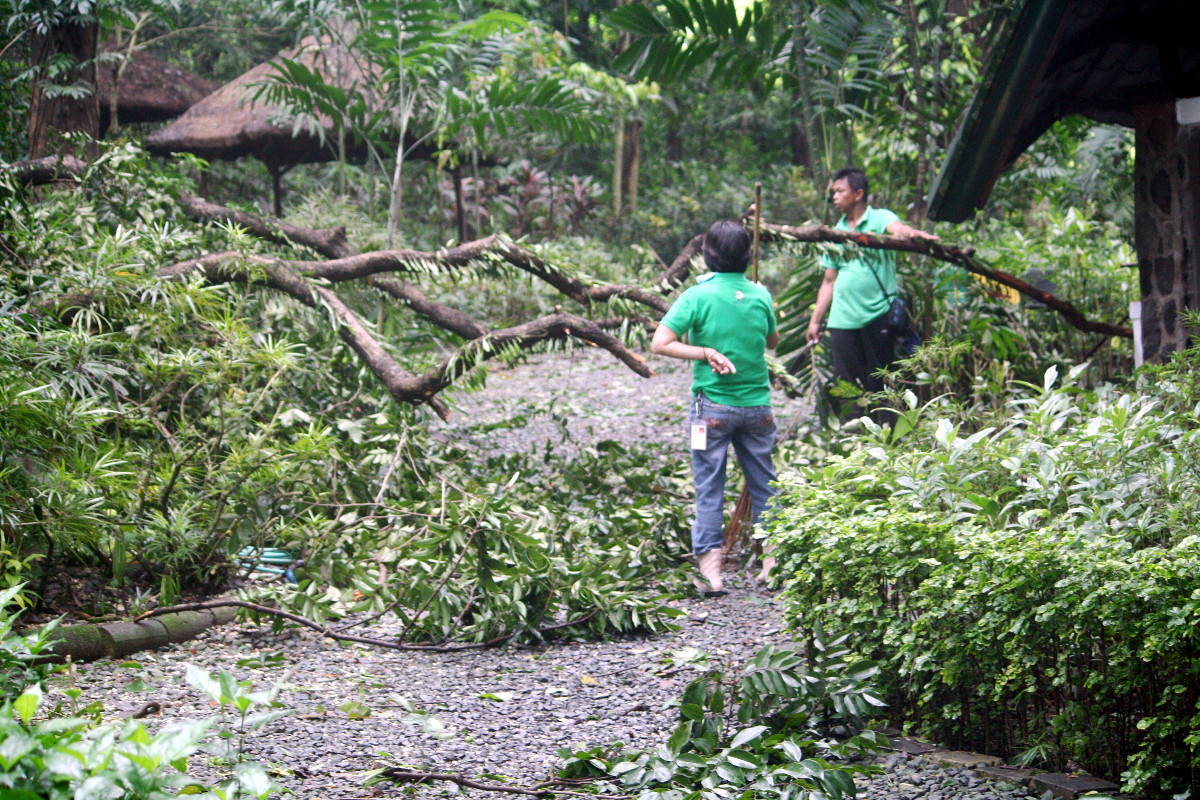 However, Mangkhut was no joke. Further north over 100 people lost their lives, many in landslides exacerbated by deforestation and illegal artisanal mining. Hundreds of thousands suffered damage to homes, and this year’s food supply for millions was destroyed. In the Philippines, people are resilient. In Manila, advertising hoardings were furled in readiness, trees were replanted and electricity reconnected within hours, and the Creation Care conference I was speaking at went ahead as planned the morning after Mangkhut. But resilience has its limits. As a warming climate heats the ocean surface, regular seasonal storms turn into larger, deadly hurricanes and typhoons and no amount of preparation is adequate – especially if you are poor . At the same time as Mangkhut hit the Philippines, Hurricane Florence was dumping more than 30 inches of rain on the Carolinas, causing an estimated $38 billion damage. Despite modern infrastructure and plenty of warning (Florence had far greater media coverage despite being much smaller), not even the US has the resilience to withstand the violence of climate chaos.

Typhoon Mangkhut felt somehow personal. Last July I was in Taiwan as Typhoon Nesat swept through Taipei, causing power-cuts, structural damage, and the cancellation of a preaching engagement. My hotel room was on the 25th floor and I felt very vulnerable as the whole building creaked and debris flew past outside. There was also something ironic about being a ‘typhoon tourist’ when I’d travelled to speak about caring for creation. Particularly so when I’m all too aware that the CO2 emissions from my travel contribute to the underlying causes.

Building resilient human communities through traditional development strategies is hopeless; the challenge I gave at the Micah Global Consultation was to rethink what we do completely

I was in the Philippines chiefly for a Micah Global Consultation looking at resilience. The audience were 450 Christian leaders from nearly 70 countries mainly working for mission and development agencies. In my presentation, I emphasized that building resilient human communities through traditional development strategies is hopeless. Nature is losing its resilience fast, with a 67% decline in wildlife populations projected by 2020, with a 50%+ drop in crop yields in the world’s poorest countries expected by 2050, and with water stress, extreme flooding and droughts, deforestation and pollution of air, soil and water all increasing rapidly. The challenge I gave to my colleagues was to rethink what we do completely.

We have to recognize God’s big story is bigger than saving humanity, and includes God’s purposes for the whole created order . We have to understand our complete interdependence on creation’s provision (often described with the sterile term “ecosystem services”). We have to know that we live in an interconnected world where our lifestyles affect our global neighbour, particularly the poorest, and we all face difficult choices about travel, food, energy and clothing. We need to be informed and accountable for those choices and do all we can to mitigate any damage (for instance, A Rocha International offsets all flights through Climate Stewards). Supporting A Rocha International’s Harvest appeal on Wildlife and Livelihoods is one great way to do that.

My final call was to live out a ‘mangrove theology’. Based on Jeremiah 29:4-7 where God challenges the people of Israel to put down deep ecological, social, economic and spiritual roots in Babylon, including planting gardens and eating their produce. I believe God is calling Christians to be deeply rooted in the places and communities where God plants them. Mangroves, found across the world’s tropical regions, have an extraordinary ability to create resilience, through their complex interconnected root systems, holding together the soil at the margin between land and sea, preventing erosion and nurturing life, providing shelter and food for many different creatures.

As we face an increasingly chaotic world, we need Christian communities that are committed to the slow discipline of studying and caring for the places and people where God has planted them. We need to find our meaning and fulfilment, not in disposable possessions and instant gratification, but in nurturing long-term relationships.

Planting trees and caring for them needs to be seen as a form of discipleship. Preserving the integrity of the soil, of rivers, coral reefs and forests should be recognized as a missional calling.

We may not be able to stop the typhoons and hurricanes coming, but by living more wisely and humbly in God’s world we may mitigate their worst effects, show solidarity with the victims of our selfish choices, witness to what’s really important, and become beacons of light and hope that show a different way is possible.