Postcards from the Middle East by Chris Naylor: 1. Early exploration in Lebanon 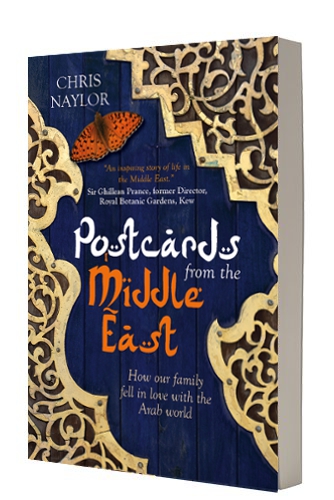 I drifted off in the direction of the lads who were trying to kill the snakes.

“Do you want a go?” asked the nearest marksman.

“No, thanks. I like snakes and I don’t want to kill a harmless creature that is not doing me any harm,” I replied.

“He sounds like Yusef!” called a tall, immaculately dressed boy, as he threw his Coke bottle into the nearby pool. “He likes snakes; he likes all sorts of creepy animals.”

I decided I need to meet Yusef and so, after explaining that I was going to be the new science teacher at the large secondary school in the valley (which seemed to explain my weird views on animal life), I was escorted by a gaggle of boys and young men into the wetland proper, on the trail of Yusef. These lads knew the paths that crisscrossed the drier parts of the reed bed and hidden meadows that took us deeper into the marshes, away from the sound of traffic and picnickers, into a still world, muffled by the curtains of reeds, sun-bleached, dry feathery heads craning upwards to the cornflower blue of the sky.

Initially we brought our own noise with us, raucous and shrill as the entourage enjoyed the energy of the pack, sending Water Rails scurrying into the undergrowth. Purple Herons, breaking cover at the last minute in an explosion of wings, lifted their elongated frames clear of the reeds. But soon the magic of the place took hold and a hush descended on the group. We followed paths made by wild creatures, Boar and maybe Hyena or Swamp Cats – away from the road with its apron of grass playing host to the village party – into an oasis of peace, untouched by humankind.

“Stop!” shouted Abdallah, our self-appointed leader, pointing to the lopsided fence with its lonely wire draped around the rough corner of the field, nestled on two sides by the dog-leg of a tiny river.

Not so untouched by humankind after all. As if to mark the counterpoint of realities, a sonic boom detonated overhead with a second close on its heels – Israeli jets, breaking the sound barrier on their return home. Sure enough, arcing vapour trails pinpointed the interruption as Lebanon’s neighbour flexed its military muscle, just in case anyone forgot they controlled the sky. A daily event, it did little more than cause a slight pause in conversation, but the wetland erupted as great flocks of ducks and waders exploded from the hidden pools. Soon they were swirling in decreasing circles, the tiny forms of the waders coming to ground first, the ducks, harried by hunters, struggling to find a safe landing.

I was bombarded with emotion. In the glorious peace and wildness of this place, with the sun on our backs and the majesty of the eastern mountains marching their way to the Syrian Desert beyond, I had been enjoying the company of an infectiously enthusiastic band of lads in a sanctuary of rare natural beauty. A few more steps and one or more of us would have been blown up.

I was also struggling to make sense of the attitudes I had encountered amongst the Lebanese youth around me. They clearly loved this place – but, from my very British perspective, they diminished it with their litter, noise and random hunting. Was this typical Lebanese behaviour? Was it part of the culture, or did attitudes vary here as much as they did back home? Was there a Lebanese view on hunting, nature, noise… anything? Did the Lebanese view their surroundings like other Arabs? Was there an Arab way of looking at the world?

These questions are issues of identity, and as I write on this topic I feel that I am back in that minefield in the marsh. I am sure I will put a step wrong and I will get blown up. But it is important territory to map out. In many ways this book is an attempt to make patterns and connections from our experiences as a British family living in the Arab world, to better understand it and its people.

This is the first of six excerpts from Postcards from the Middle East by Chris Naylor. Published by Lion Hudson in March 2015, it can be ordered from its page on the Lion Hudson website