Countdown to Day Zero: The Cape Town water crisis and what it tells us 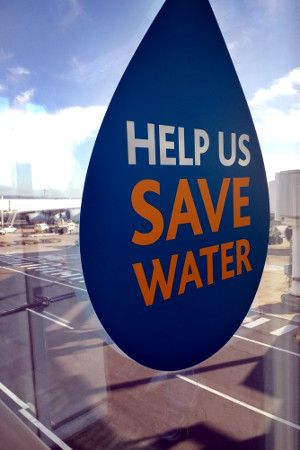 The water crisis in Cape Town hits you as soon as you arrive at the airport. Large posters adorn the walkway from plane to terminal declaring ‘Help us save water’ and a massive mural in the passport hall urges visitors to ‘Save like a local’ as Cape Town endures its worst ever water crisis. Visiting Capetonians’ homes the first conversations are about toilet etiquette with various ingenious contraptions to ensure that only grey water from showers, gutters or washing machines is flushed away. The City Council have ordered residents to use less than 50 litres daily per person, down from an average of 200-250, and most are complying – in the face of large fines for wasting water which is strictly metered. As a result, the countdown to Day Zero, when the taps run try and 200 standpipes will be used to provide for 3.8 million people, keeps being pushed back.

As I spent time in homes and churches in Cape Town, talking to ordinary residents, faith leaders and a few politicians and experts, I found myself reflecting on the issues this water crisis reveals, so here are a few personal thoughts as a result of many conversations and wide-ranging reading:

This is a global issue.

Water security is fast-becoming one of the biggest issues of the 21st century. The UN’s Sustainable Development Goals (SDGs) include Goal 6: Ensure Access to Water and Sanitation for all, and warn that one in four people live in countries likely to suffer chronic or recurring water shortages by 2050. Rivers often flow across international borders, and can cause political tensions when dams are constructed, flows are reduced as rainfall patterns change, or demand increases as cities expand. Cape Town has attracted much media attention, but a 2015 survey listing ten world cities facing water crises, including megacities such as São Paulo, Delhi, Beijing, Cairo, Mexico City and Las Vegas, didn’t even include Cape Town.

It’s not all about climate change… but we should act as if it is!

Climate activists have seized on the Cape Town crisis as a warning that dangerous human-caused climate change is upon us, with the drought as an obvious symptom. The experts I heard, including Professor Bruce Hewitson and hydrologist Peter Houston, were more cautious. Cape Town has always suffered intermittent droughts. The massive growth in both population and consumption (on which, more later) have increased demand, and three consecutive dry years have made the situation critical. Historically, something like this might happen once in a millennium. However, such extreme events are now happening more often, which is exactly what the climate models predict, and therefore ‘the Western Cape needs to prepare, in the longer term, for a drier climate’.

Although we cannot say this crisis was caused by climate change we can say we should expect more frequent and more severe droughts because of the climate chaos caused by fossil fuel emissions. It is therefore prudent to prepare for resilience against such events, and vital to reduce our emissions rapidly. As Professor Katharine Hayhoe has said at the 2017 John Stott London Lecture, the problems of poverty, drought, disease, war, injustice, natural disasters, and biodiversity loss exist anyway, but addressing them ‘without tackling climate change, is like trying to mop up a flood with a bucket full of holes. Climate change exacerbates all the other problems’.

Water is an issue of justice!

Population growth has been an important factor in increased demand for water. Cape Town now has about 3.8 million residents, rising from less than a million in the late 1960s. However, as with so many environmental issues, the biggest issue is overconsumption by the (mainly white) rich, not overpopulation by the (mainly black) poor. I was told of another place in South Africa where a new informal settlement – the preferred name for what were often called ‘shanty towns’ – of 40,000 consumed less water than a single gated estate of a few hundred affluent residents, with their swimming pools and lawn sprinklers.

Most who read this blog will, like me, have endless clean water on tap and be tempted to take it for granted. Yet water is, biblically, a precious blessing from God. It is a gift, not a right. And wasting it, misusing it, failing daily to be grateful for it, are sins against God, neighbour and creation.

I was greatly encouraged by the response of Christians of all ethnicities I spoke to in Cape Town. Many had been deeply challenged about their attitudes to water, and were determined that they would never go back to previous wasteful habits. Churches were also setting up ‘Water Committees’ to ensure that, should Day Zero arrive, the elderly and vulnerable in their communities would have people prepared to queue for them at the standpipes.

There are no easy solutions… but we can do more.

At the Lausanne / WEA Southern Africa Creation Care Conference, which was my primary reason for visiting South Africa, hydrologist-turned-vicar Peter Houston demolished the obvious “solutions” one by one. More dams? South Africa already has dams almost everywhere that landscape and geology allow. Desalination plants? Yes, and being built, but expensive and very energy (and carbon) intensive. Aquifers? There is underground water, but the more boreholes drilled, the greater likelihood of geological problems and of contamination by seawater in coastal regions, plus it quickly uses up a resource that is replaced only very slowly.

However, there are things that can be done. Visiting Israeli experts described South Africa’s reservoirs as a ‘massive evaporation pan!’ If the Romans could build underground reservoirs, surely modern engineering can reduce evaporation in a similar way? Additionally, most houses in Cape Town have neither water-harvesting nor water-storage built in. Allegedly, the council formerly discouraged it because they wanted people to buy their water from them, not get it free from the skies! Now there’s a 5+ month waiting list to get a water tank fitted. 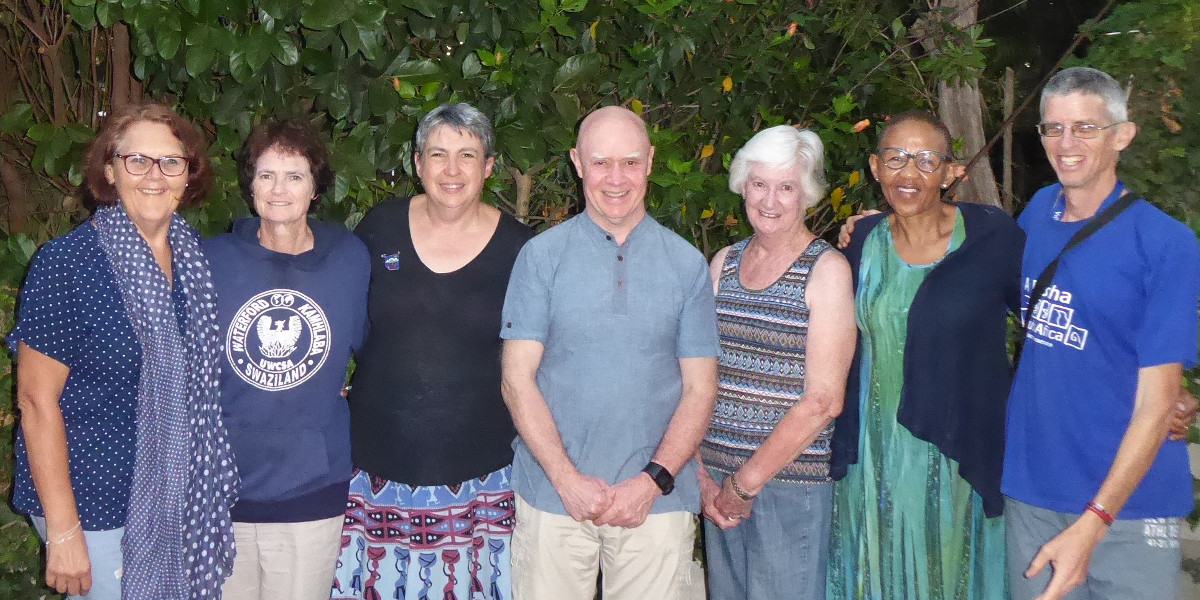 Importantly, there is an opportunity for Christians, not just in Cape Town but wherever we live, to demonstrate our faith in God as Creator and Sustainer of all living things, and as the source of the living water that never runs dry. Our dependence on God’s creation for water, the fragility of its supply, the need to restrain our greed and waste, the importance of caring for our neighbours (human and nonhuman); all of these contain vital spiritual and practical lessons. Trust in God means recognising our dependence, praying for rain, but also acting with frugality, justice and wisdom in how we use this simplest yet profoundest gift of God’s goodness.

One response to “Countdown to Day Zero: The Cape Town water crisis and what it tells us”