‘Be fruitful and multiply!’

Earth Overshoot Day is the date each year on which humankind is estimated to have used up our annual supply of earth’s ecological resources. [*] This year it fell on 1st August, just over half way through the year, meaning that for the rest of the year we are using up natural resources that cannot be replenished, putting increasing pressure on the natural world and the creatures with whom we share this planet.

Put simply, our demand for natural resources depends on how much stuff we consume, multiplied by how many of us there are. Readers of this blog will be no strangers to the myriad ways in which we are damaging God’s creation, and the actions we can take both individually and collectively to reduce our demand on natural resources; this is the first part of the equation. The second part, human population, is discussed much less; it’s a political “hot potato” which conservation organisations, development agencies and churches tend to steer clear of. 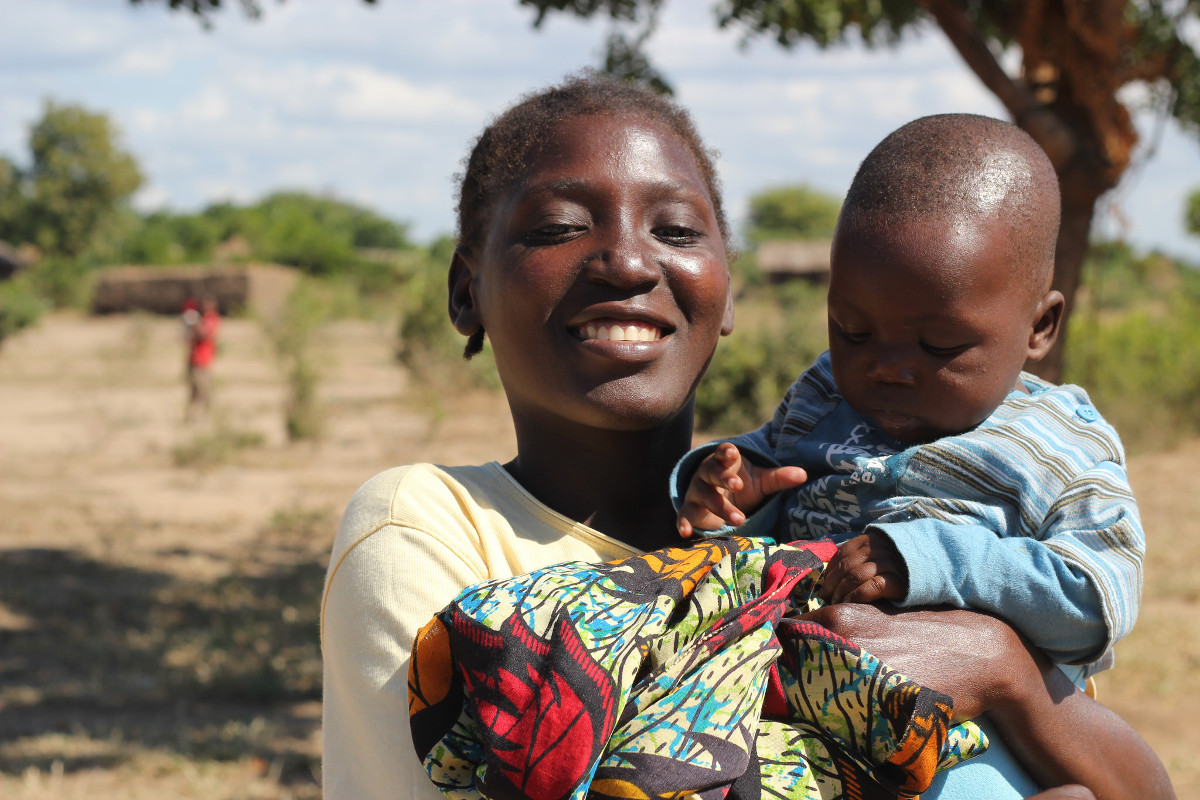 ‘If I had lots of children, I think my life would have been in danger because I would be giving birth frequently. There would be dire poverty in our house and we would not have enough food for all the children that I would have had.’ (Ruth Jotua, 24, mother of two in Malawi; photo: DFID)

[tweet_dis inject=”#DidYouKnow #FamilyPlanning #conservation”]When Jesus walked the earth, its population was around 300 million[/tweet_dis]. The number of people on the planet grew slowly and steadily for almost two millennia, accelerating after the industrial revolution. By the time I was born in 1965, global population was 3.3 billion. Today it is more than twice this at 7.4 billion. By 2050 it is expected to be over nine billion; and by 2100, around 11 billion [source].

In most of the world, birth rates are declining as nations become wealthier, family planning is widely available, infant mortality is falling, and girls have access to education. Sub-saharan Africa is the exception; its current population of one billion is set to double to two billion by 2050, and almost double again to four billion by 2100 [source]. When combined with the implications of climate change – desertification, rising sea levels and more extreme weather events – these statistics spell the “perfect storm”: untold human misery and catastrophic effects on the natural world.

Access to modern family planning is a basic human right embodied in the Sustainable Development Goals [see SDGs 3.7 and 5.6], but over 200 million women in the world (mostly in sub-saharan Africa) do not have access [source]. Without it, they will either have more children than they want or can afford, or will resort to unsafe abortions. Maternal and infant mortality will remain high, as the most dangerous births are to young and older mothers. Most of these women would like smaller families, and many of their governments are encouraging this, but without access to contraception it is impossible.

[tweet_box design=”default” float=”none”]Access to modern family planning is a basic human right, but over 200 million women in the world do not have access. What is our response as Christians?[/tweet_box]

So, what is our response as Christians? First, we look to scripture. The most obvious reference to population in the bible, to “Be fruitful and increase in number; fill the earth and subdue it” (Genesis 1:28) seems to encourage large families. But as John Guillebaud, former Emeritus Professor of Family Planning and Reproductive Health at University College London points out, “this commandment could now be said to have been obeyed. The earth with over 7,000 million humans rising by 84 million per year is now, surely, ‘full’! [tweet_dis inject=”(Prof John Guillebaud) #familyplanning”]God did not command that the earth be over-filled[/tweet_dis].”

John’s sister, Revd Meg Guillebaud has lived much of her life in Rwanda. Her bible study guide The Bible and the Environment is rooted in her African experiences and includes a chapter on population. Here are a couple of the questions she poses:

Having considered the statistics and looked at the bible, what should we do?

[tweet_dis inject=”#DidYouKnow #carbonfootprint”]While the average carbon footprint per person in the UK is around 10.3 tonnes per year, in Rwanda it is about 0.12 tonnes[/tweet_dis]. So while my western child will be responsible for around 1,000 tonnes of CO₂ in their lifetime, my Rwandan neighbour’s child will be responsible for under ten tonnes. For those of us in high-carbon-footprint countries, what does being a “good steward” of God’s creation mean in connection with our choices about family size? When did we last hear a sermon or bible study on the subject? Has the church youth group ever discussed it?

[tweet_dis inject=”#FamilyPlanning”]In poorer nations, choosing to have fewer children will have almost nothing to do with their carbon footprint, but everything to do with poverty and the environment[/tweet_dis]. One of the fastest ways out of poverty is to enable families to choose the number and spacing of their children, enabling them to feed and educate each child well. Without access to family planning this is impossible. Access to contraceptives costs around $10 per year and brings multiple benefits to health, family income and the environment.

CHASE Africa delivers basic healthcare and family planning in remote communities in East Africa, many on the fringes of National Parks. Time and again, these women seek out their clinics and ask for long-term (but reversible) contraceptive implants, allowing them to choose the number and spacing of their children. Blue Ventures works to preserve fragile coral coastlines in Madagascar. Part of their work involves providing family planning clinics for local women, with all the benefits these bring to the family and the environment. Are these conservation models we could learn from?

Former UNICEF Director James Grant has said, ‘Family planning could bring more benefits to more people at less cost than any other technology now available to the human race’. Perhaps we could add that it will benefit all of God’s creation, not just us humans.

[*] These resources include forests, farmland, fish stocks and built-up land, and are measured against the global demand for plant-based food and fibre products, livestock and fish products, timber and other forest products, space for urban infrastructure, and forest to absorb its carbon dioxide emissions from fossil fuels. 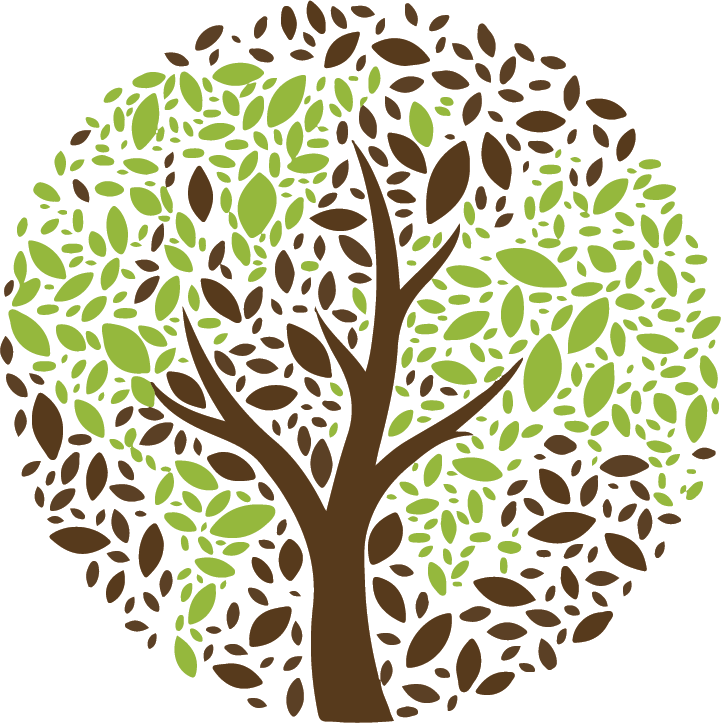 Caroline is the Director of Climate Stewards which advises on how to reduce carbon footprints and then offset them. She is also Environment Advisor to the Diocese of Bath and Wells and church warden of her local church. She qualified as a chartered surveyor and worked in commercial property before working with Tearfund in Ghana in the mid-1990s. More recently she spent three years with her family in Rwanda where she was involved in community and environmental projects. She has an MSc in Climate Change Impacts and Sustainability.

View all posts by Caroline Pomeroy (2)