Community is a complicated word. Like one of those huge lorries that thunders past on the motorway, it isn’t always obvious what’s in it. It’s an emotive term which may awaken longing, panic, or just mild curiosity. As one of A Rocha’s core commitments, we have tried to define what it means to us, and why we regard it as central to our organisational identity, while at the same time recognising that there are an almost infinite number of creative ways of expressing it. So why is it so important? And why was John Stott so good at it on so many different levels? 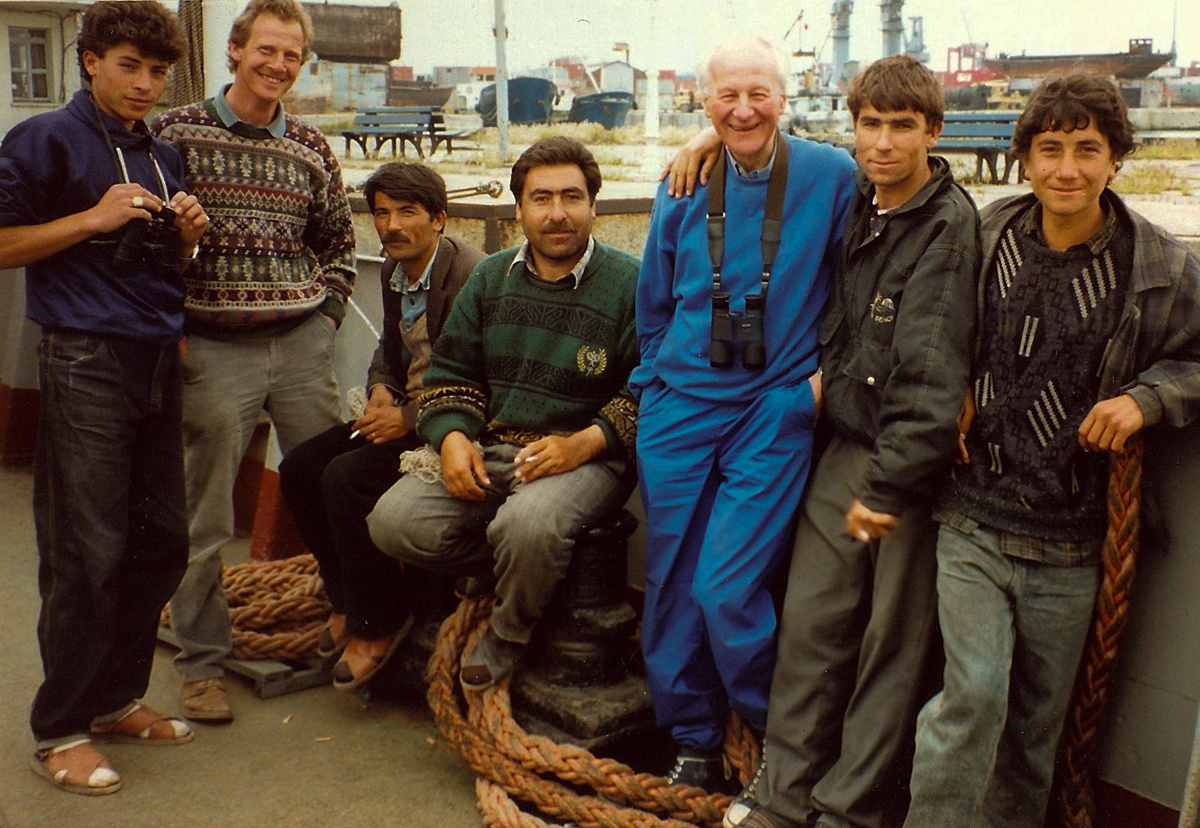 Firstly it matters because, like church, it’s a ‘given’, a fact, not something we can opt in or out of, depending on how much time is left over when work and family obligations have been fulfilled, or a kind of hobby to dabble in at week-ends. “We are not ourselves by ourselves”, wrote Eugene Peterson, “we are born into communities, we live in communities, we die in communities. Human beings are not solitary self-sufficient creatures.” Christians have always understood community better than most. The one true God whom we worship has his being in three equal and inter-dependent parts, Father, Son and Holy Spirit. The early church functioned as an inter-dependent body, sharing all things in common. Building community in our own day requires more intentionality, since we belong to a society that is undeniably and unashamedly committed to individualism. (And a whole lot of other -isms which don’t belong in this blog.)

As a single person, an exceptional leader, and one who travelled often and far, John might well have side-stepped this awkward aspect of discipleship. His personality, family background and education did not necessarily equip him well for close personal relationships. In his early days as Rector of All Souls’ Langham Place, he was known to be particularly cautious in his relationships with the admiring women in his congregation, whom he sometimes referred to as the Langham Ladies – one of whom, at least once, got to lovingly iron his surplice! In later years I think he increasingly allowed himself to be built into numerous communities as a family member, beloved by children and adults alike. One might say he joined the small community of our own family one hot June day in 1985. Dashing through the front door of our rented Portuguese house, desperately trying to avoid some looming crisis in the kitchen, I thrust our three week-old baby into the arms of a white-haired stranger in a light blue suit, standing in the shadowy hallway. Returning a few moments later I found John gently rocking her, tutting in a soothing way, and we introduced ourselves. Thus began twenty five years of friendship with our family. Such stories are multiplied hundreds of times over around the world.

I should add that his singleness was no obstacle to giving generous hospitality as well as receiving it, even though the crucial rôle of his remarkable secretary and friend Frances Whitehead in actually getting food and drink to the table must be gratefully acknowledged! Whether at the Rectory in the early days of his ministry at All Souls’ – which, incidentally he shared with a succession of students and others, – or later in his tiny flat in Bridford Mews, countless people were warmly welcomed into his home.

There was a playfulness to John, not often seen in public, but familiar to his family and many friends. The Hookses in Pembrokeshire was the setting for innumerable gatherings, and became a sort of community in its own right, over which John presided with equal measures of focused work and determined relaxation. Days were spent laying concrete paths, building bird hides, clearing drains or dredging the pond. Evenings were frequently passed reading out loud, often the stories of Saki which John found hilarious. One visitor was gently rebuked for not laughing loudly enough, and encouraged to let his hair down! Back in London, Frances Whitehead, along with a series of gifted young study assistants, became the steadiest and most permanent of all the communities to which John belonged, referred to at any one time as ‘The Happy Triumvirate.’

John was unambiguous about the Christian’s responsibility to belong to a church. His own life-long local church community was All Souls’, and his commitment and loyalty to it never wavered through the years. In fact even as a schoolboy at Rugby, a leader at many Christian camps, and later as a Cambridge undergraduate, he took his commitment to building Christian community extremely seriously, convening endless tea parties. These often turned into ongoing groups, usually for discussion and study, encouraging young people to integrate faith with complex contemporary issues by engaging in what he called ‘double listening’ – to the voice of Christ, and the voice of culture. In this way many small communities came into being. As with everything else he undertook, however, these initiatives were never casual, or merely social, but intentional and purposive.

Involvement in the global church community occupied an increasing amount of John’s time and energy. He was passionately committed to unity based on biblical truth, wherever possible trying to bridge theological and ecclesiastical divides by means of careful listening, rigorous study and vigorous debate. He was unusual in first challenging his opponents face to face, never in conversation with others, or in print. And in his lifelong endeavour to earth good theology in godly lifestyles, he consistently applied his academic research to his own life and relationships, as well as expecting others to do the same.

Latterly, St Barnabas College became the community which John embraced and belonged to right up to the final days of his life. True to character, he treated everyone there, however humble their rôle, with equal appreciation and courtesy, even in times of great weakness and pain, his amazing memory for names only failing him at the very end. Of course John had his eye always on the only truly permanent community, of which all these others are merely a foretaste, for, like Abraham, “he was looking forward to a city with foundations, whose architect and builder is God.” (Hebrews 11.10)

One response to “A Rocha’s five core commitments as lived by John Stott − 4: Community”