John was more English than almost anyone I know − except perhaps my father-in-law! Yet beneath the reserved, even conservative demeanour of this gracious gentleman lurked a profound and often subversive cultural agility. The most fervent tributes at his memorial service in January 2012 came from African, South American and Asian leaders who not only admired him, but had taken him to their hearts, finding in him that respect and warm acceptance longed for by human beings everywhere. 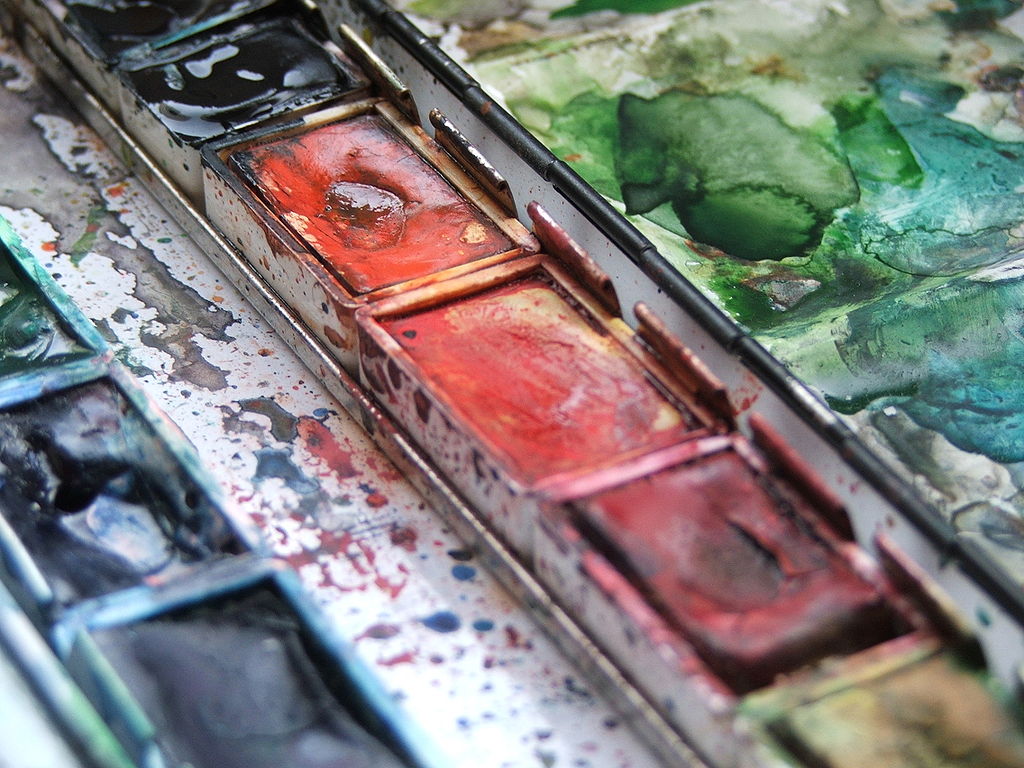 Watercolours as a symbol for different cultures (photo by Björn Laczay)

His biographers frequently refer to people he met on his extensive travels around the world as friends − not fellow clergy or academics or theologians or members of congregations. His humility and genuine interest in people, along with a considerable sense of humour, enabled him to make friends across all religious and cultural boundaries. People of all backgrounds and walks of life found a place in his affections and prayers. His disregard for social status, wealth and influence is abundantly illustrated in stories of his travels; whether with prominent members of the Vatican, persecuted Romanian pastors, students from the Two-thirds World, or small children whose families offered him hospitality, John knew how to make the connections which lead to friendship. He was as much at ease with the crew of the battered boat which took him down the Danube in search of Red-breasted Geese, as he was with Heads of State or church dignitaries.

The word cross-cultural brings to mind diverse languages, ways of thinking and behaving, of eating and dressing, bringing up children and so on. Some of the greatest challenges, however, lie in religious cultures, not least those existing within their own denominations. John’s tireless work for unity in the church and evangelism throughout the world led him to a lifetime of engaging with these cultures too, always searching for common ground and better mutual understanding. Yet he was uncompromising in his insistence on the authority of Scripture, so all cultural expressions were subjected to intense scrutiny through the biblical lens. ‘We must not use the Bible as a drunk uses a lamp-post,’ he once remarked, ‘namely for support rather than for illumination!’ Nevertheless, his extraordinary skills in facilitating communication between people holding apparently irreconcilable views were well-known. William Temple sometimes called this skill his ‘parlour trick’, never used to better advantage than at ecumenical gatherings where differences of language, nationality and ecclesiastical tradition made it almost impossible to reach conclusions doing justice to the convictions of all.

A major influence on John’s thinking was the initial gathering of the International Congress on World Evangelism, which later became the Lausanne Movement. Almost 4,000 people from about 150 countries gathered in Switzerland in July 1974, around half of the speakers and participants, as well as the planning committee, coming from the global south. Here his own tradition of emphasis on personal salvation encountered the Latin American passion for social justice. His life and ministry were permanently impacted by their insights, which challenged his own cultural reference points at that time. John would have relished the cross-cultural diversity of this gathering, and doubtless made countless new friends. Nonetheless there was one cultural sticking point. Some time afterwards, perhaps slightly tongue-in-cheek, he said to a group of students, ‘The Congress was spoiled for me by one thing only and that was the interminable singing of the word Hallelujah. Do you know that ditty when you sing Hallelujah about twenty times in a crooning voice?’ So deft in almost all cross-cultural adjustments, he never quite managed to make peace with the ubiquitous choruses originating in the USA, but adopted by churches all over the world.

By contrast, a few weeks ago in Hong Kong, a group of Africans on a peace-keeping mission contributed a song to the worship. It started calmly enough, and we all swayed slightly and smiled appreciatively. The group began clapping rhythmically, then suddenly one of the men broke ranks and moved into an exuberant, spontaneous dance. The clapping intensified as a tremulous yodeling began to fill the sanctuary, then the whole offering soared into a crescendo of drumming before the voices faded. It was impossible not to be drawn in. John probably wouldn’t have yodeled, but even he might have indulged in a little discreet foot-tapping!

John’s appetite for life, open-minded curiosity, and genuine love for God’s amazing world and all its inhabitants, coupled with that legendary energy, equipped him not only to survive in, but to revel in, any and every culture in which he found himself. Unimpressed by opulence and undeterred by poverty, he could ‘make his bed’ anywhere − including stony hillsides if the time came for his famous HHH (horizontal half hour), simply digging a small hollow for his hip. He could echo the words of the Apostle Paul: ‘I know what it is to be in need… and to have plenty. I have learned the secret of being content in any and every situation, whether well-fed or hungry, whether living in plenty or in want.’ (Philippians 4.12)

But maybe I shall leave the last word to John himself:

‘I have met fellow Christians on all six continents. I have worshipped with them in some of the great medieval cathedrals of Europe, in makeshift tin huts in Latin American villages, with Eskimos in the Canadian Arctic, and under trees in the tropical heat of Africa and Asia. I have been lovingly welcomed by brothers and sisters in Christ, always with a smile and often also with a hug or a kiss, even when we have never met before and even when our respective languages have been mutually incomprehensible. The fact is that the Christian church is the biggest family on earth, and the only multi-racial, multi-national, multi-cultural community that exists.’

(From the revised handbook for confirmation candidates, first published in 1958.)

One response to “A Rocha’s five core commitments as lived by John Stott − 3: Cross-cultural”