Time for remembrance … and restoration

11 November is Remembrance Day across many parts of the world (Veterans Day in the USA) as the horrors and sacrifices of two World Wars and other conflicts are recalled. Recently I visited the Tyne Cot and Menin Gate Commonwealth war graves at Ypres where tens of thousands are listed or buried, most in unmarked graves ‘known only to God’. We heard how each year, a century after the battles that scarred this area, local farmers still uncover human remains and tons of ordnance. 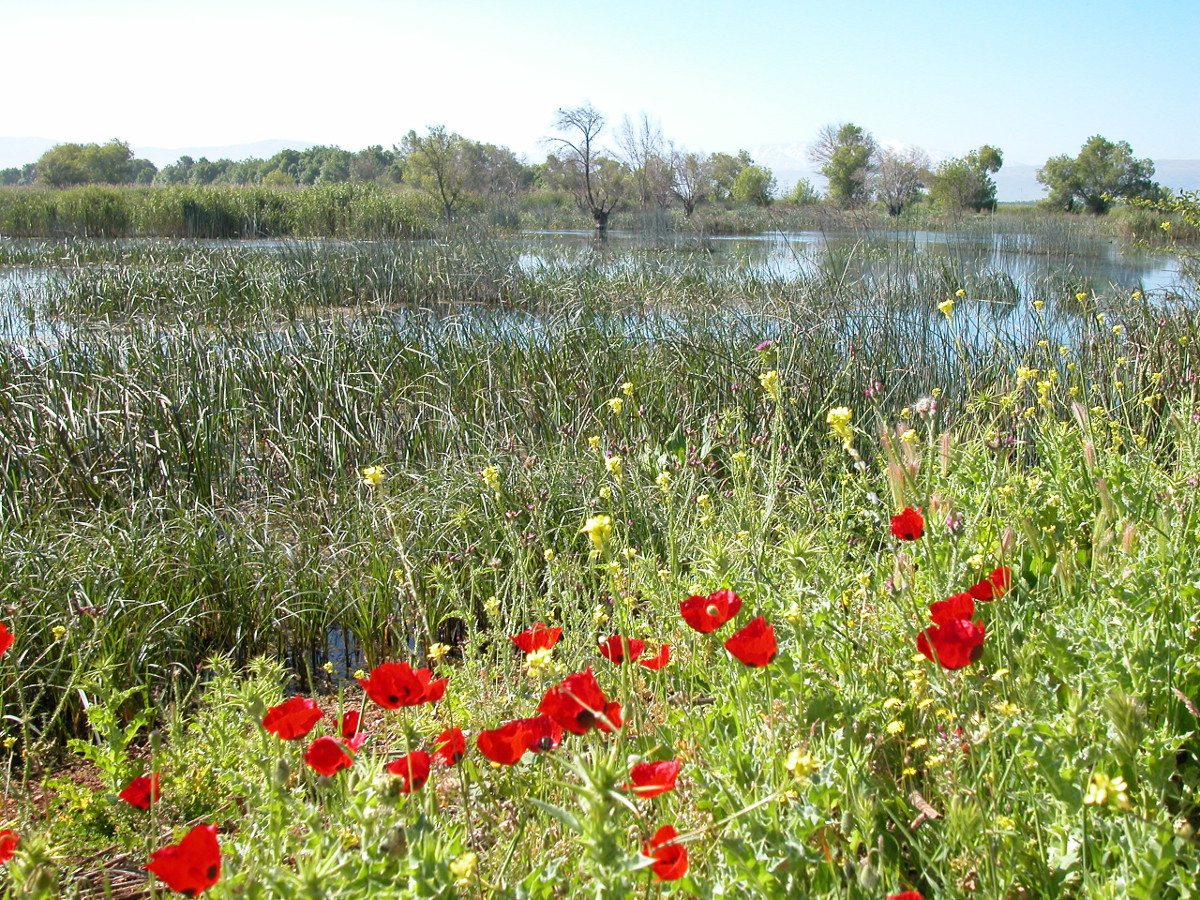 Poppies flowering at the Aammiq Wetland in springtime

Despite the ordered, lovingly-tended beauty of the cemetery on a sunny autumnal day, and the perfect brick-by-brick recreation of pre-war Ypres, it felt to me that a heart-breaking heaviness hung in the atmosphere. It seemed more than collective memory. The rows of white headstones, the coaches of school-parties, the fact that the local economy depends on war tourism (‘Get your souvenir Belgian chocolates here!’; ‘Over the top Tours’) all contribute, but it goes deeper. As Sebastian Faulks’ novel Birdsong suggests, nature herself seems to react to the horrors of bloodshed and war.

Biblical Christians should not be surprised by this. After Cain murders Abel the voice of his brother’s blood calls to God from the ground, and the land becomes less fruitful (Genesis 4:10–12). Job concludes his final speech to God by saying:

‘If my land cries out against me
and all its furrows are wet with tears,
If I have devoured its yield without payment
or broken the spirit of its tenants,
Then let briers come up instead of wheat
and stinkweed instead of barley.’ (Job 31:38–40)

Job recognises the covenant that ties people, God and the land together. The soil, along with the plants and creatures that inhabit it, is not an inanimate entity but an intrinsic part of the community of creation. Since the Enlightenment, with its scientism and rationalism, we’ve seen ourselves as separate from nature; subjects dealing with objects. It’s enabled us to analyse, dominate and exploit… but at what cost? We need to recover what Aldo Leopold termed a ‘land ethic’. It’s what most traditional cultures have always known – and ecological studies reveal – that everything is connected at a very deep level. It’s what Hosea articulated in writing that ‘when bloodshed follows bloodshed’ the land ‘mourns’ or ‘dries up’, and the beasts, birds and fish suffer too (Hosea 4:1–3).

So, it seems, places have memories and can carry the history of what has taken place there. The shedding of innocent blood leaves a curse upon the soil. Cities may have a particular character in relation to their military, political and religious history (Revelation 2–3). Places that have been prayed in for centuries, whether churches or islands, can have an atmosphere of peace and of God’s presence: ‘thin places’ where the gossamer veil concealing God’s presence is imperceptible.

Yet, it’s not a simple case of ‘good’ or ‘bad’ places. We need not be fatalistic about this. Curses can be broken. Wounded histories can be restored. (This subject is well covered by Russ Parker in Healing Wounded History: Reconciling Peoples and Healing Places. London, 2001: Darton, Longman and Todd.) The Bible speaks of the healing of the land when the people repent and return to God (2 Chronicles 7:14). In this season of Remembrance, as old battles are brought to mind and as fresh blood is shed on the soil of Syria, Iraq and elsewhere, I remember A Rocha’s work over many years in the Bekaa valley, one of the most war-torn places on earth, restoring an oasis for wildlife and a place of meeting for diverse people, and I’m reminded of God’s promise in a time of war and injustice:

‘The fortress will be abandoned, the noisy city deserted;
citadel and watchtower will become a wasteland for ever,
the delight of donkeys, a pasture for flocks,
till the Spirit is poured on us from on high,
and the desert becomes a fertile field, and the fertile field seems like a forest.
The Lord’s justice will dwell in the desert, his righteousness live in the fertile field.
The fruit of that righteousness will be peace; its effect will be quietness and confidence for ever.
My people will live in peaceful dwelling-places, in secure homes, in undisturbed places of rest.
Though hail flattens the forest and the city is levelled completely,
how blessed you will be, sowing your seed by every stream,
and letting your cattle and donkeys range free.’ (Isaiah 32:14–20)

People: we will remember them.
Places: we can cooperate with God to restore them.

2 responses to “Time for remembrance … and restoration”