Postcards from the Middle East by Chris Naylor: 3. Mission impossible 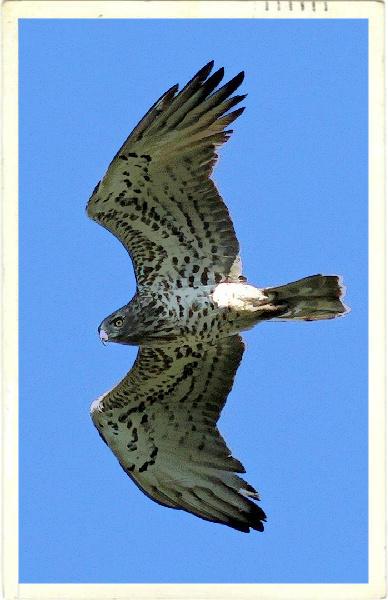 Life was full. As well as teaching and chaplaincy work at the school and the life of a young family, a whole field of opportunity had opened up in the village. Sunday morning was open home and Bible teaching. Through the week we had a near-constant stream of visitors, children and adult, through the house. Whereas in England polite conversation shies away from anything personal, the opposite might be said of the Lebanese village. To be polite you need to show you care about your neighbours, and if you care about them you talk about things that matter to them.

This extends to subjects which are nearly taboo in the English context – religion, for example. In the UK it seems to have been decided that religion is personal and so must be kept out of all conversation. Not only is religion personal it is also serious or, even worse, a subject people feel strongly about. As Kate Fox points out in her masterly book Watching the English one of our most profound rules is “The Importance of Not Being Earnest”.[1] Not so for our Lebanese neighbours. Religion was clearly important to us – it must be, as we worked for the church; so they asked us about our faith – a lot.

So it didn’t come as a surprise when Abu Charbel, one of the elders of the local church, asked me: “So what is this birdwatching all about? Shouldn’t you be spending your time teaching the Bible, not birdwatching?”

Only slightly taken aback, as we had mostly come to terms with the fact that our neighbours knew pretty much everything we did, I replied, “I do teach the Bible. We had forty children in Sunday school this morning.”

“Glad to hear it, but you are a man of religion. If you have time to watch birds, you have too much time. After your work at the school and time with the family, any free time should be spent working for the church, teaching the Bible.”

The term Rajul id deen (man of religion) was stamped in my passport – it was on the basis of my work with the church and school that we had residency in the country. It was clearly my defining identity as far as Abu Charbel saw it and should dictate how I spent my time.

As a quick retort I quoted Jesus’ injunction in Matthew’s Gospel: “Look at the birds of the air.”[2]

But the conversation had got me thinking. Abu Charbel had touched a raw nerve. We had come to the Middle East to work with the church. We had gone to Bible college, learned Arabic and raised financial support to live out our faith in the communities of the West Bekaa. We had sacrificed the simpler realities of English schools to work in and educate our children, a free and world-class health care service, and extended family life for a tougher life with only sporadic electricity, intermittent water, and military bombardment just down the valley. Was this all so that I could birdwatch?

The answer to my questions and a radical redefinition in my understanding of what it meant to work for the church came in two instalments. Part one came when I took my Year 9 class on a field trip to the wetland. We were studying ecology in the classroom, learning how natural ecosystems provide for human needs: clean water, soils, fish and game, fuel and natural pharmaceuticals. It seemed only right to take them to the closest thing left in the valley to a natural system, and so on one of the last days of the summer term I was in a hot school bus with forty exuberant teenagers on our way to Aammiq. We were still in Zahle, less than half a mile from the school, when the Derbakeh drums came out. No Lebanese school trip is complete without the rolling beat of these drums, picked up by the open hand claps of the class egging on a dancer or two in the aisle. Sugary pastries, sweets, chocolate, and cola were soon on offer as forty snack boxes were plundered. By the time we arrived at the wetland, the class was buzzing.

With my fellow teachers I lined the students up on the grass by the bus for a stern lecture about respecting the wildness and tranquillity of the wetland. We were guests of the landowners who had kindly given permission for the trip; you could even say we were guests of the wetland itself. They were to walk carefully down to the trees lining the first pool, carrying the equipment needed for the day, clipboards, pond nets and plastic bowls, in single file on the narrow track.

The enforced calm lasted until the first of the insects were spotted. The students at the front of the line had pushed their way through a patch of long grass, disturbing a group of cone heads, large grasshopper-like creatures with long extended heads. With wide wings of gauze, they flew just a few yards after the disturbance, to settle once again in the long grass and on the children.

There were immediate cries of: “Kill it!”, “It’s on me!”, “Aghhhhh!” echoing round the wetland. The orderly line exploded. Dancing to a very different beat, the students eventually made it to the rendezvous under the trees and after several minutes of remonstrating, comforting, and checking that there were no insects in hair or clothes, the class was quiet.

As order was restored, a shadow of silver floated over the group. All heads looked up and they sat transfixed, gazing at the suspended form of a Short-toed Eagle, its cinnamon head stock still, the paleness of its body and wings in constant motion. It was hunting for snakes. I decided not to mention that to my nervous class, but just to let the experience of the encounter work its magic. A connection was being made. This group of urbanized, processed food-fuelled young people were connecting with some of the deeper realities of the universe as with majesty and aching beauty, a truly wild hunter briefly shared its space with them.

Taking the opportunity of the calm that had descended on the class with the appearance of the eagle, we divided the students into three groups. Mr Bsous took one group for a hike up the nearby slope of Qalaat Mudiiq to look for tortoises, lizards, and geckos. Faisal, who had joined us for the afternoon, took the second group to look for birds in the receding pools, beyond the reed bed. I gathered my dozen or so pupils to trawl the deeper pool by the trees to discover what delights lived under the water, using our improvised pond nets of old stockings and bent coat hangers.

It was a transformed class that reconvened under the shade of the ash tree a couple of hours later. They were bubbling with information about the creatures they had seen; the iridescence of the cockchafer beetles, the drunken flight of the Scarce Swallowtail butterfly, and the sheer fun of catching the tadpoles and miniature frogs soon to begin their lives on land. Using their own observations, it was like conducting an orchestra to establish the learning objectives of the lesson; the wetland provided invaluable services to the human communities of the Bekaa, it contained rare and beautiful species and it needed protection.

We didn’t stop there; questions tumbled from the class all the way back to the bus. Why was the wetland so special? What had happened to the rest of the wildlife of the valley? Why were there so many types of insects? Why did God bother making so many types of beetles, and why were they so beautiful? Why did the eagle have to hunt; to kill to live?

We picked up some of the questions in biology lessons and others in chapel, but what the experience taught me was that the wetland, the wild places of Lebanon, had a power to teach – science, yes, but also much deeper subjects. I shouldn’t have been surprised. The Psalms are full of creation pointing to God, and the book of Job, chapters 38 to 41, has Job learning his “mystery of the universe” lessons by observing nature and some of its more extraordinary creatures. But in contemporary life these encounters are rare.

This is the third of six excerpts from Postcards from the Middle East by Chris Naylor. Published by Lion Hudson in March 2015, it can be ordered from its page on the Lion Hudson website

2 responses to “Postcards from the Middle East by Chris Naylor: 3. Mission impossible”