History is written in the landscapes of the Bekaa Valley in Lebanon. Baalbek with its magnificent Roman ruins draws the tourists, more ancient rounded hills known as tells draw the archaeologists, and long rusted barbed wire and tank emplacements mark the front lines of modern wars. For good or ill we leave our mark on the land long after we have gone. As I visited the valley recently I was struck by the huge growth in the towns of the West Bekaa since I left nine years ago. Swollen by tens of thousands of Syrian refugees fleeing the civil war just over the hills to the East, and a burgeoning local population, the urban conurbation has sprawled down the hillsides and over the fertile farmlands of the valley swallowing pasture, orchards, gardens and streams in a grey cloak of concrete. 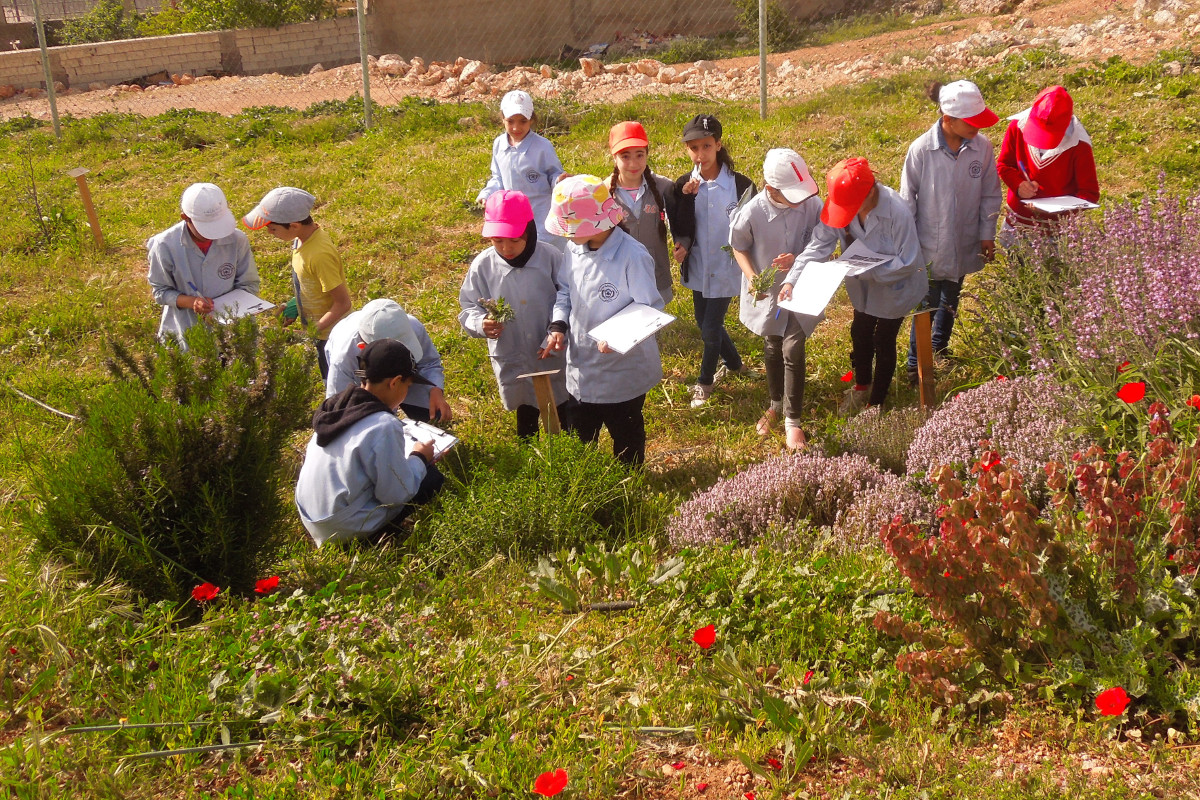 Of course people need homes … but they also need clean water, farmland to grow their food, access to beauty and green space for their mental health, clean air to breathe. And actually the Bekaa and the planet belong to God, and he cares how and what we write on it. As Christians we believe ‘The Earth is the Lord’s’ (Psalm 24 v 1) – he created it, owns it and loves it. As the creator artist he entrusted us with his great masterpiece, to steward it in his place. He made us co-creators, creating us in his image to join with him in fashioning his creation. As well as the grand creation story, God also wrote a story in a landscape in Genesis 2 v 8 – he planted a garden. Significantly, he gave Adam and Eve a job to do – gardening.

So, can people tell what we believe about God from what we write in the landscape? Can they see how God cares for the planet through us, and that we care for our neighbour? Or, putting it a different way, do we write the gospel in the landscape? That was the challenge when, with my family, I first moved to live in Lebanon and the Bekaa back in the early 1990s. Originally working for the Presbyterian Church of Lebanon and Syria in a Secondary School, through A Rocha Lebanon my wife and I soon got involved in efforts to restore and protect the degraded remnants of the country’s most significant freshwater marshes. Drained and abused over decades, the near final straw had come during the years of the Lebanese civil war when the area had been heavily fought over by rival armies and militias, and a catalogue of abuse including uncontrolled hunting, overgrazing, excessive extraction of ground water and fire continued unchecked.

The scene was redolent of Hosea 4 vs. 1–3 where it speaks of the land bearing the consequences of mankind’s sin; ‘Because of this the land dries up, and all who live in it waste away; the beasts of the field, the birds in the sky and the fish in the sea are swept away.’ But another story could be written, and we worked with the landowners, tenant farmers, Bedouin shepherds, local and national government, schools, universities, police and army units to restore the wetland. That took 10 years and started with restoration in relationships; relationships between people and between people and the land. Love and trust had been lost and needed to be regained. I am delighted to report that when I visited last month the wetland is still in good shape and is the pride and joy of local communities as well as home to countless breeding birds, amphibians, reptiles, mammals, fish, insects and other invertebrates, not to mention a wealth of plant life.

A Rocha Lebanon is still writing the gospel in the landscape of the Bekaa valley. Working with the local municipalities of the Mekse and Qab Elias, it is providing much needed green space for people and wildlife in the heart of the urban conurbation that steadily creeps down the hillside. By planting a mixture of indigenous and fruiting trees and shrubs, with laid out paths, streams and ponds it is turning fly-tipped waste land into a haven for butterflies and birds and an opportunity for local school children to learn about their local environment right on their door step. Once the plantings are mature, the larger plot in Mekse will provide a unique urban green-space for the local community, planted for them to enjoy and remember their place in God’s masterpiece creation and a garden.

You can read more about the story of the restoration of the Bekaa wetland in Chris’ book Postcards from the Middle East, published by Lion Hudson.

You can also write in the Lebanese landscape yourself! Through A Rocha’s Gifts With A Difference, you can plant a tree in a nature park, provide a nature-based livelihood for a Syrian refugee, or give a hands-on nature lesson to a class of schoolchildren.