I have just returned from visiting the remarkable A Rocha Ghana team, and they took us to two world-famous and entirely different sites in one afternoon: the Kakum Forest with its canopy walkway, and the slaving fort at nearby Cape Coast. 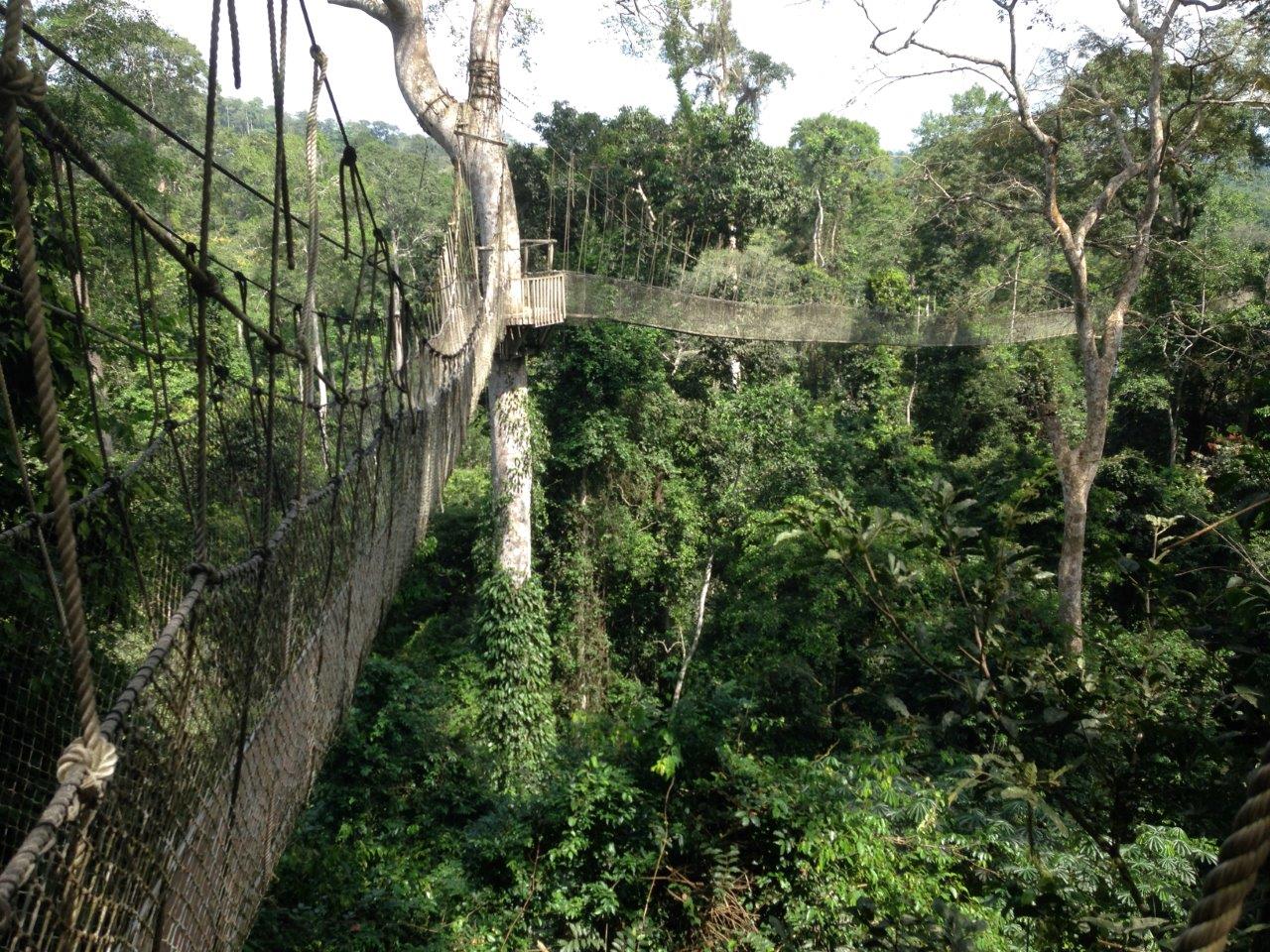 At first it seemed a sublime irony to see them both in the space of a few hours. The forest is a wonderful example of the goodness of God in creation, with its extraordinarily beautiful and majestic trees, highly endangered animals and birds and hosts of strikingly beautiful butterflies. It was holy ground for this particular birder and spending time in the canopy was all delight, even if the heat was tremendous by the time we got there towards the middle of the day. By fearful contrast, the slaving fort is a terrible stain on the histories of all involved, and not least and notably my own nation and my own Anglican church who apparently constructed their first building in Ghana directly above the cellars. It was here that thousands of people died, as they waited in complete darkness for months, until they were loaded onto the coffin ships that would transport them one way, and often fatally, westwards.

During the four hour drive back to Accra through stop start traffic there was plenty of time to think. And so I was arrested by a comment the following day from a representative of a mining organisation at the conference on another equally wonderful and as yet unprotected forest, Atewa. Suddenly the two places came together in an association that is anything but ironic. His argument for continuing the mining that is devastating Atewa and other forests was that contracts are contracts, and regardless of the consequences they must be honoured. Suddenly all the business arguments for slavery – that the known western economy could only continue if it flourished, and that investors had committed too much for it to be abandoned – were given a new outing. Two million people in western Accra depend for their water on the three rivers that flow from Atewa, and which, since 2008, have been suffering from the highly pollutant run-off from all the new mines, registered and unregistered. The threats to the forest from illegal logging are also impacting its role in storing water, purified by the shallow soils, for release into the rivers. All the communities around the forest need its climate regulation for their crops. But none of this compares to the interests of mining investors whose contracts need to be honoured.

The truth is that businesses founded on things that are plain wrong have to stop, even if the economic consequences are not entirely known. Environmental damage can be understood as being plain wrong, just as slavery is, when it impacts so directly the poor who always live down-wind and downstream. A friend remarked to me recently that evil doesn’t always wear jackboots, but when it comes to unsustainable businesses that impoverish the poorest and destroy creation for simple profit, then we have to do better at hearing the louder footfall when it comes into the room.