The Papal Encyclical – now the dust has settled

When Pope Francis’ encyclical on the environment, Laudato Si’ – On Care for our Common Home was released, there was enormous media attention and a scramble to find quotable sound-bites. Predictably, the comments on Climate Change got most of the headlines, along with the more colourful phrases such as, ‘The earth, our home, is beginning to look more and more like an immense pile of filth,’[1] and the sad but predictable knee-jerk reactions from some conservative commentators. Now the dust has settled, however, what can we make of the Papacy’s foray into environmental matters? In particular, how does it fit with A Rocha’s focus on biblically-inspired, community-based, wildlife conservation projects?

Firstly, not surprisingly, it is a very Catholic document, full of quotes from previous Popes and an appeal to Mary as ‘the Mother and Queen of all creation.’[2] It stands firmly in the tradition of Catholic social teaching, an important (and profoundly biblical) body of thought addressing social, economic and political ideas from a theological standpoint. Because Laudato Si’ is so Catholic and so substantial it is already making major inroads at every level in the global Catholic church and this will affect A Rocha. Already I’ve heard of Catholic parishes approaching A Rocha for speakers to help them understand creation care. We need to reach out the hand of friendship and Christian fraternity when it is offered and work together where we can.

Secondly, whilst addressing Catholics authoritatively Laudato Si’ also reaches out universally. Pope Francis says, ‘Outside the Catholic Church, other Churches and Christian communities – and other religions as well – have expressed deep concern and offered valuable reflections on issues which all of us find disturbing.’[3] There are references to Islamic Sufi writing[4] and an extended quotation from the Orthodox Ecumenical Patriarch.[5] Because the earth is ‘our common home’ it needs us all to put aside our differences and pool our resources in addressing the mess we’ve made. A Rocha has always operated on the principle that working alongside those of other faiths or none need not dilute our commitment to Christ and to biblical truth, but rather engages us at the frontline of debate and action and gives us opportunities to articulate the hope that is within us.[6]

Thirdly, the encyclical is astonishingly comprehensive and therefore needs reading in full. You can find valuable material on marine conservation,[7] animal experimentation,[8] GM crops,[9] and globalization and technology[10] to name a few. It is far more nuanced in its approach to economics and politics than the sound bites the press have picked up on. For instance, Catholic social teaching has consistently critiqued both communism and capitalism and was key to the collapse of the former in Eastern Europe in the 1980s. So, it’s not surprising that Laudato Si’ integrates ecological ideas with their social, economic and political implications. As somebody seeking a biblical way of addressing the meeting point of ecology and economy I welcome this significant addition, along with Tearfund’s recent ‘Restorative Economy’ report,[11] and books such as Tim Jackson’s Prosperity without Growth.[12] The encyclical’s concept of ‘Integral Ecology’[13] is especially fruitful, with its reflections on work, intergenerational justice, cultural and ecological value. As a taster [14]:

‘Nature cannot be regarded as something separate from ourselves or as a mere setting in which we live. We are part of nature, included in it and thus in constant interaction with it.… Strategies for a solution demand an integrated approach to combating poverty, restoring dignity to the excluded, and at the same time protecting nature.’

Whilst A Rocha’s calling is specifically towards biodiversity conservation, this bigger vision must never be lost, and those projects that address wildlife protection alongside poverty alleviation, such as much of A Rocha’s work in Kenya, India, Ghana and Uganda, are particularly significant.

Fourthly, and of particular interest to A Rocha, is the attention given to biodiversity conservation. The encyclical condemns the commodification of species and habitats into ‘natural resources’, ‘overlooking the fact that they have value in themselves.’[15] There is a specific call for the protection of the Amazon and Congo basins and an appeal for international coordination in preventing their destruction. Yet it is not only these special areas, but all places and species under threat that need protection. If there are any potential funders out there, listen to this…[16] and think of A Rocha!

‘Greater investment needs to be made in research aimed at understanding more fully the functioning of ecosystems and adequately analyzing the different variables associated with any significant modification of the environment. Because all creatures are connected, each must be cherished with love and respect, for all of us as living creatures are dependent on one another.’

Finally, the Encyclical opens with words from St Francis’ Canticle of the Creatures, illustrating the significance of the Pope’s choice of name. The massive environmental crises we face cannot be solved solely by science, education or earnest campaigning. Our greatest resource is Christ-centred joyful prayer and worship. Here are words not just to read, but to meditate on [17]:

‘If we approach nature and the environment without this openness to awe and wonder [shown by Francis of Assisi], if we no longer speak the language of fraternity and beauty in our relationship with the world, our attitude will be that of masters, consumers, ruthless exploiters, unable to set limits on their immediate needs. By contrast, if we feel intimately united with all that exists, then sobriety and care will well up spontaneously. The poverty and austerity of Saint Francis were no mere veneer of asceticism, but something much more radical: a refusal to turn reality into an object simply to be used and controlled.… Rather than a problem to be solved, the world is a joyful mystery to be contemplated with gladness and praise.’ 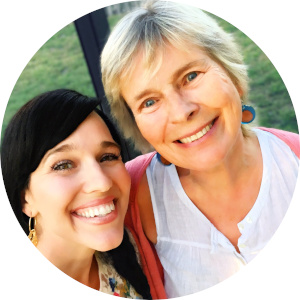