Nature, red in tooth and claw?

[1] A few weeks ago I was staying with two friends and together the three of us watched a TV wildlife documentary based on Ellesmere Island in the Canadian arctic. It was a world in wintry white, with Gyrfalcons Falco rusticolus, Arctic Hares Lepus arcticus, Arctic Foxes Vulpes lagopus, Snowy Owls Bubo scandiacus and Snow Geese Chen caerulescens. Even the resident Arctic Wolves Canis lupus arctos were white.

In this frozen bleached landscape there was little colour except for grey rocks and a stubborn herd of shaggy brown Musk Oxen Ovibos moschatus. The abrupt exception, caught vividly on HD film, was whenever the falcons, wolves or owls made a kill and scarlet lifeblood splattered across the virgin snow. As spring melted into a brief arctic summer, the colour palette increased with flowers, lichens and masses of lemmings Dicrostonyx sp. moulting their white winter coats into black and grey. At this point the real killing spree began, the Gyrfalcons ripping apart young hares in joyful abandon for their hungry young, and the Snowy Owls feasting on lemmings until they and their chicks were bloated, with uneaten carcasses piled around their nest. 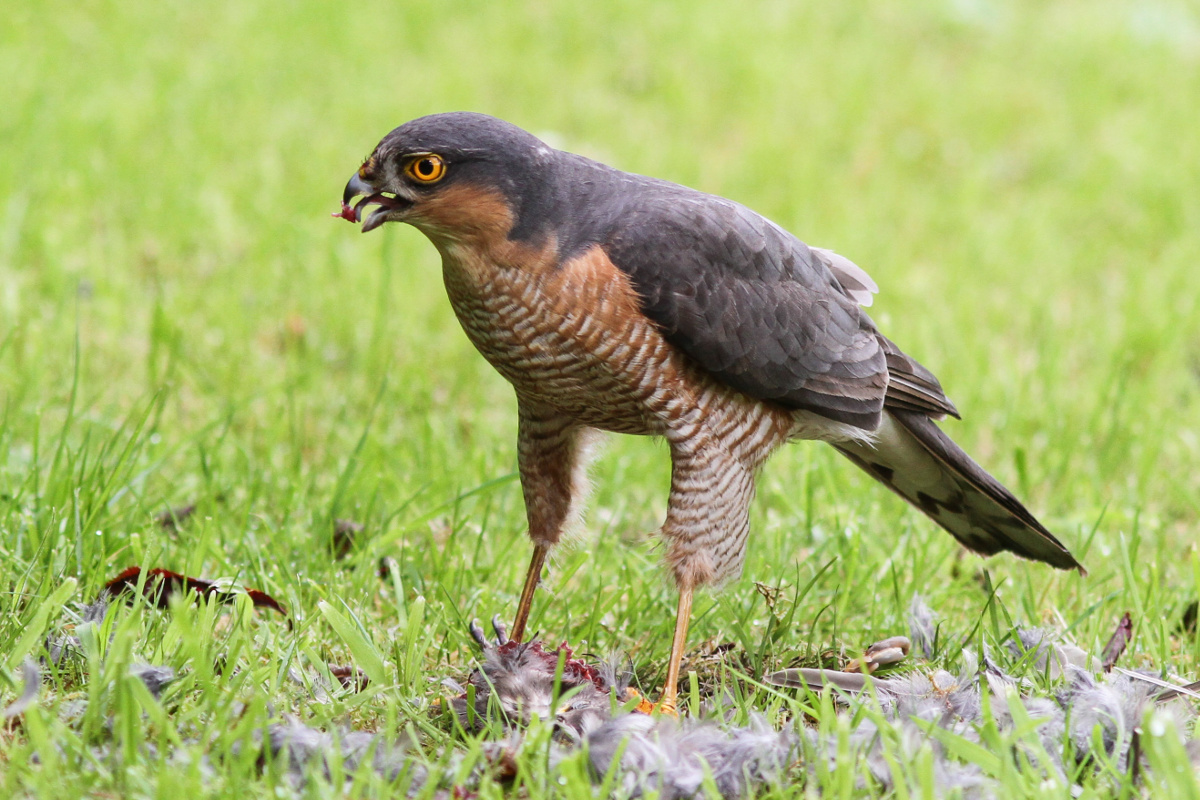 At this point I was distracted from the documentary by the reactions of my two friends: let’s call them Jack and Jill. Jack revelled in the power and skill of the predators, their mastery of timing and feather control, the elegance and efficiency with which they hunted. Jill was horrified by the bloodlust of the hungry young birds, the coldness of their parents ripping apart living creatures, and the waste of blood-spattered bodies strewn uneaten. How could such callous cruelty be part of God’s good creation?

Wild nature is both beautiful and terrible; it contains heart-aching loveliness and heart-breaking cruelty. And that leaves a huge theological question: what does this tell us about God? If creation reveals ‘God’s invisible qualities – his eternal power and divine nature’ (Romans 1:20), then should we see the bloodiness of predation as displaying God’s character?

Christians have tended to answer this in one of two ways. Jill might point to creation being made ‘very good’ and the original gift of only green plants for humans and animals to eat (Genesis 1:29–31), and conclude that predation and death are consequences of sin and evil, so can’t be blamed on God. Alternatively, Jack might say, biodiversity and beauty depend on predation and evolution, Jesus ate meat and Psalm 104:21 suggests God gives lions their prey, so we’d better realize that God is bigger, wilder and perhaps more scary than we thought.

I’ve never been completely satisfied by either argument, so let me test a third possibility. The biblical images of new creation (Isaiah 9, 65, Revelation 21) are clearly of a peaceful kingdom with no fear, death or destruction between humans or animals. Cruelty and random violence sit uncomfortably with a God who ‘has compassion on all that he has made’ (Psalm 145:9). Although C. S. Lewis argued that ‘If the earthly lion could read the prophecy of that day when he shall eat hay like an ox, he would regard it as a description not of heaven, but of hell,’ [2] this is reductionist: a lion is more than a carnivore, just as a human is more than a walking ape. As Ryan McLaughlin states, ‘Just as Jesus can be resurrected as immortal and beyond suffering without losing his identity as human, so also could a lion be resurrected as vegetarian without losing its identity as lion.’ [3]

So perhaps, whilst there is something beautiful about nature red in tooth and claw (unless you’re a lemming), the suffering which science tells us is inevitable in our current world is not God’s best or final plan. Our vision is of God’s peaceful kingdom where the laws of science are rewritten, and lions, lambs and lemmings have no fear. If that’s the case, then our role today is both to protect and preserve ecosystems in which animals get hunted and cruelty exists, but also to live in anticipation of a new era where peace and righteousness reign for all creatures. That means Christians should lead the call to prevent unnecessary cruelty to animals, whether domestic, farmed or wild. Whether we choose vegetarianism or not, we should respect and treasure the life of every creature. Two relevant quotes from theological giants to conclude … and then I look forward to your responses!

‘A good hunter … will differ from the bad in the fact that even as they are engaged in killing animals they hear this groaning and travailing of the creature, and therefore … they are summoned to an intensified, sharpened and deepened diffidence, reserve and carefulness.’

‘If we were to surrender hope for as much as one single creature, for us God would not be God.’

8 responses to “Nature, red in tooth and claw?”